I found a tub that was just big enough to hold two main wing ribs to bathe them in Alumaprep 33 and Alodine!  I was lucky I had JUST enough of each to fully submerge the parts.  I started out by submerging the parts in Alumaprep, 2 ribs at a time and letting them sit for 5 minutes each. 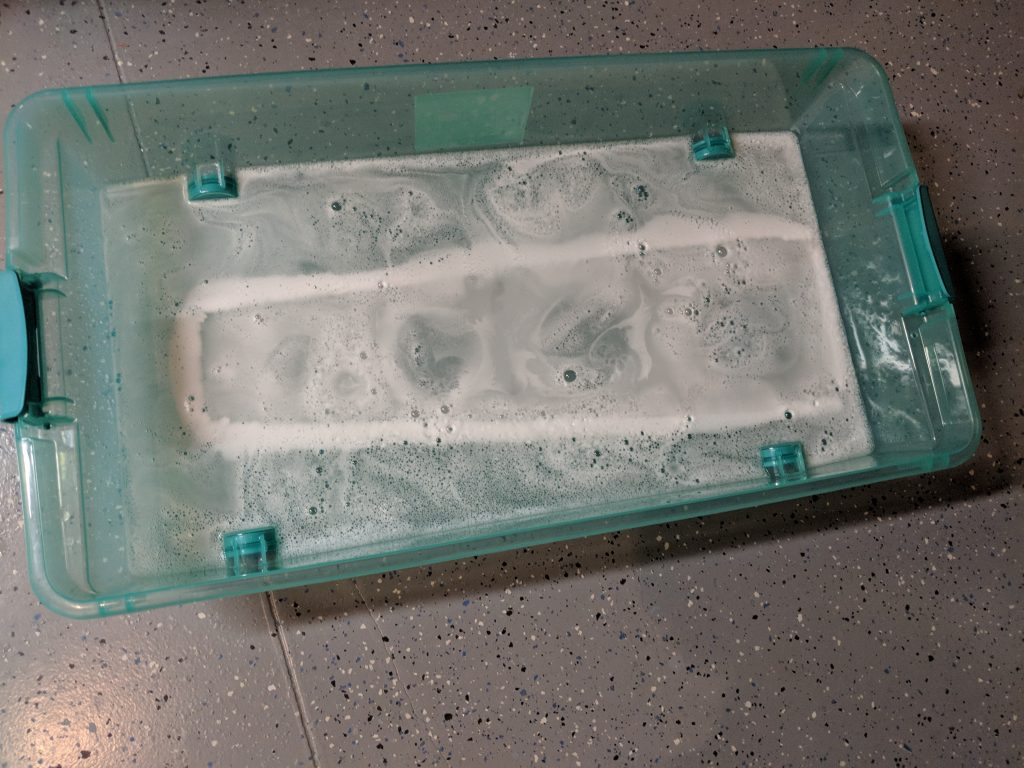 Then I rinsed them off really good and set them shook off as much water as I could.  Right after that, they went right into the Alodine bath to soak for 5 minutes. 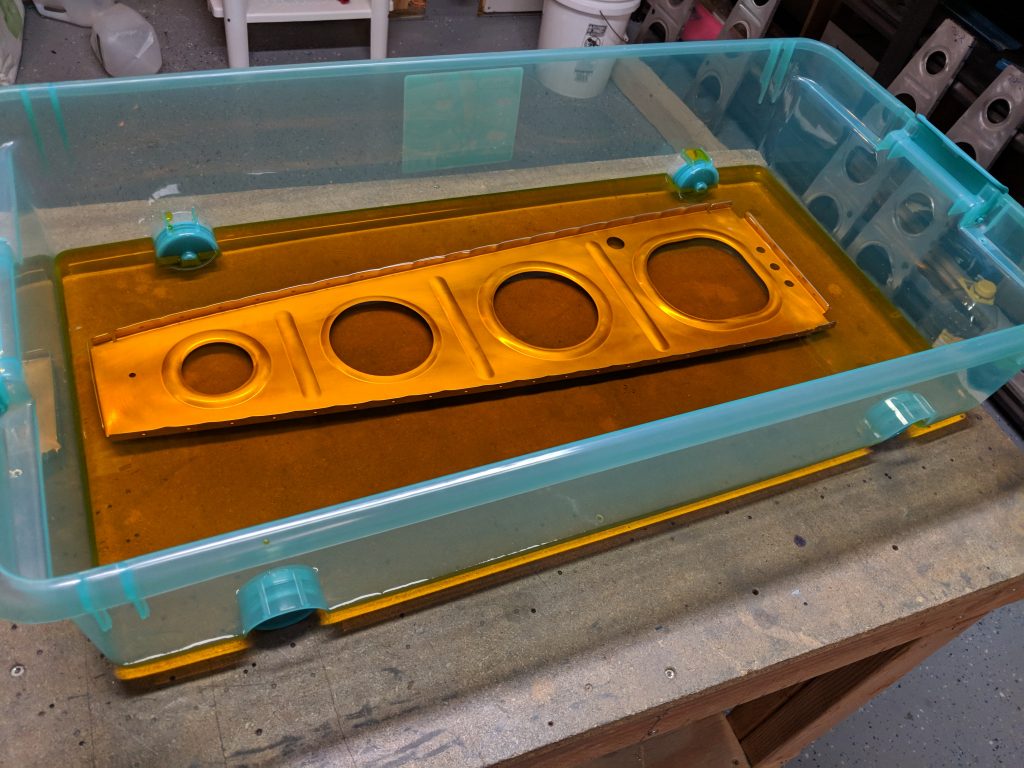 The photos only show a single wing rib, which was my test piece to make sure I had enough solution to fully submerge them. I was able to get two at a time in each bucket, and wound up doing an assembly line style workflow.  Two parts in Alumaprep 33 while two other parts were in the Alodine.  This worked out pretty well as I moved the parts from the first bath the second in sucession with rinses in between each.  The Alumaprep gave a real nice sating finish that was very clean: 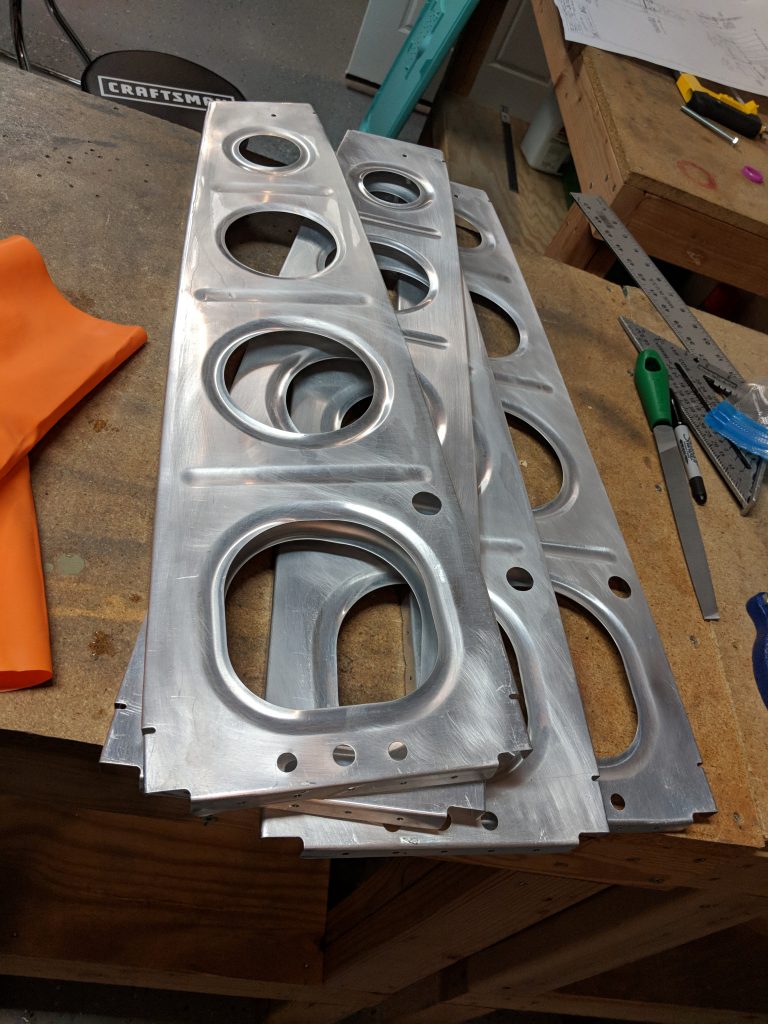 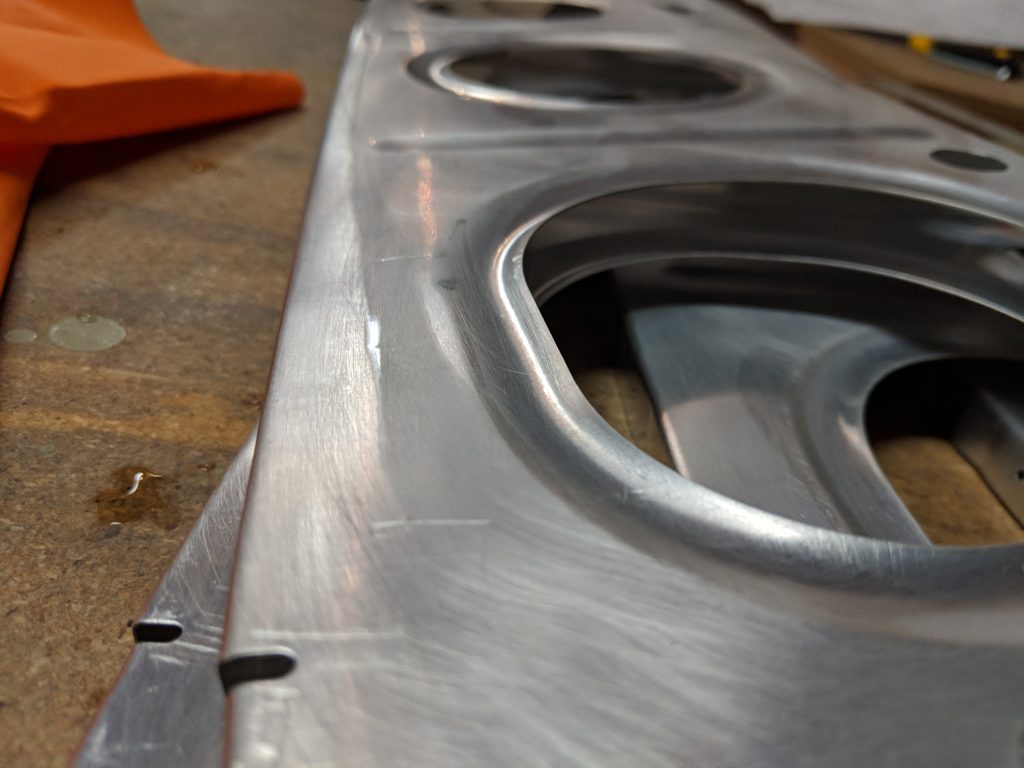 And here’s how they look after the Alodine bath.  I love that gold color! 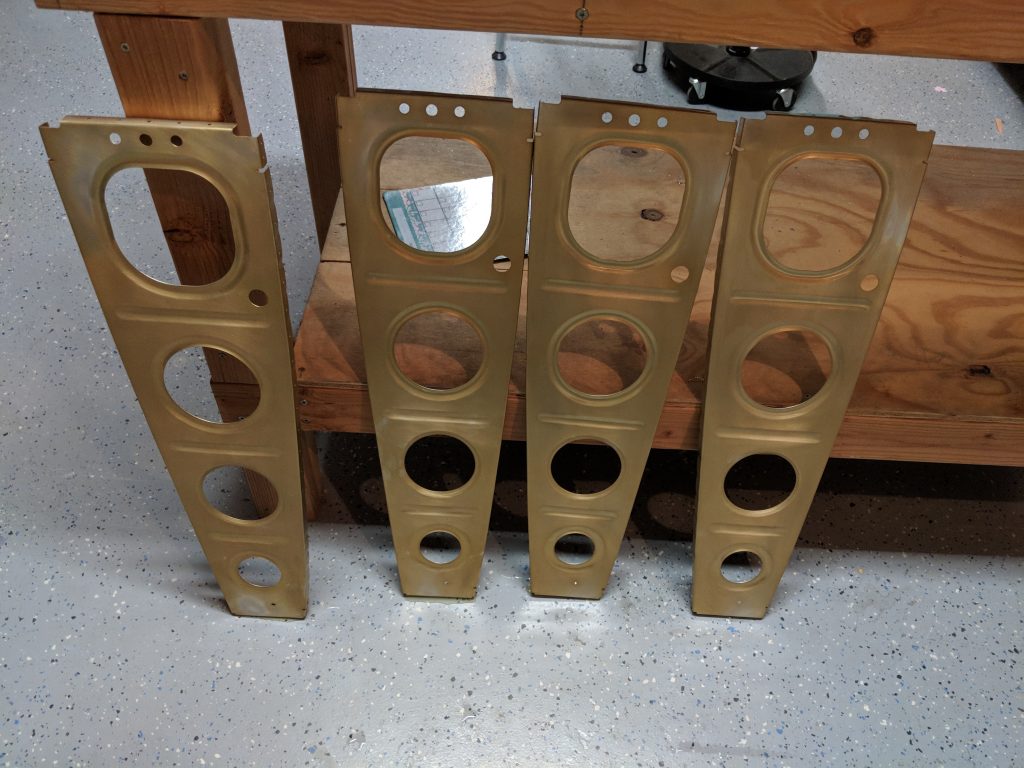 I’m going to put these on the shel for now and cover them with a towel to prevent dust from getting on them.  I’ll do the right wing ribs next and once I have all of them alodined, I’ll spray them all with AKZO in one large session for convenience.

Here’s all the photos from Tonights work: https://photos.app.goo.gl/uVTs4E68yxpRwyWU8