Yeap, the time has come….deburring time.  I have come to not mind this task.  Its simple, and I can use it to clear my head from all the “computer work” I do for a living.  Its good to just do work with your hands sometimes! There is not much to post here, I decided to start on the left flap and debur all the parts.  Here is my stack of parts for the left flap: 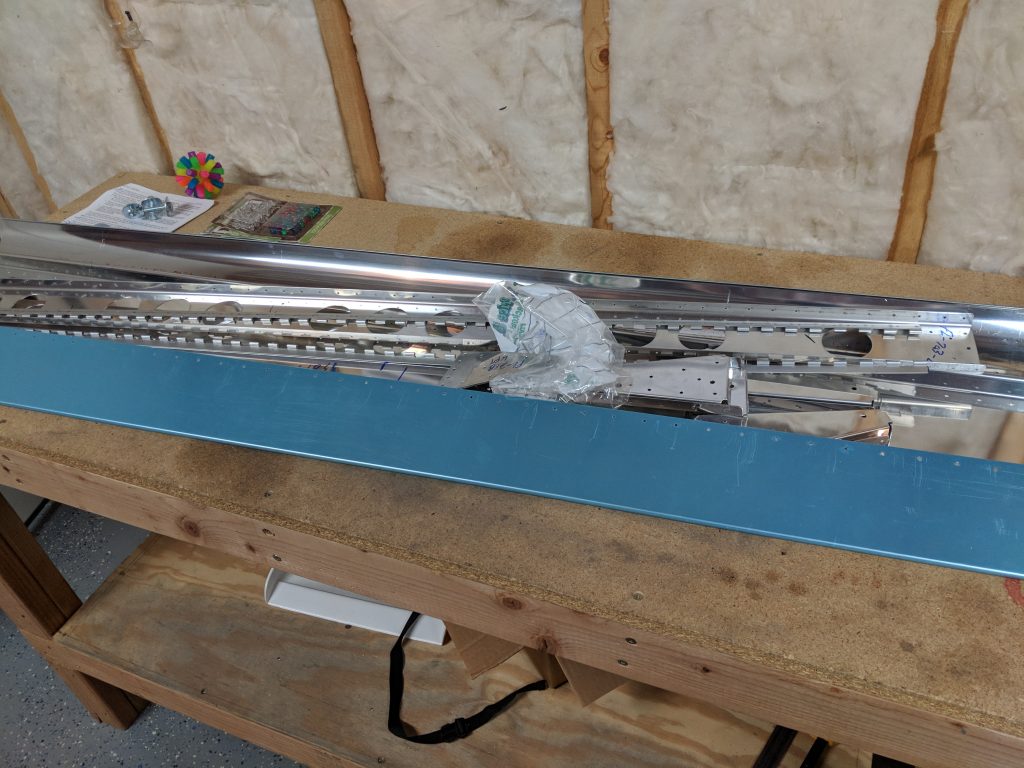 I started off with all the small parts first, so I could put them back in their plastic bag to keep them together.  These shims are very tiny and easy to drop/loose.  Then I moved on to the doublers and ribs, and finally the long spar.  I saved the spindly hinge for last as it was like fighting a one armed octopus while trying to debur it! I also made sure all the corners were rounded off smoothly and the edges were finished. 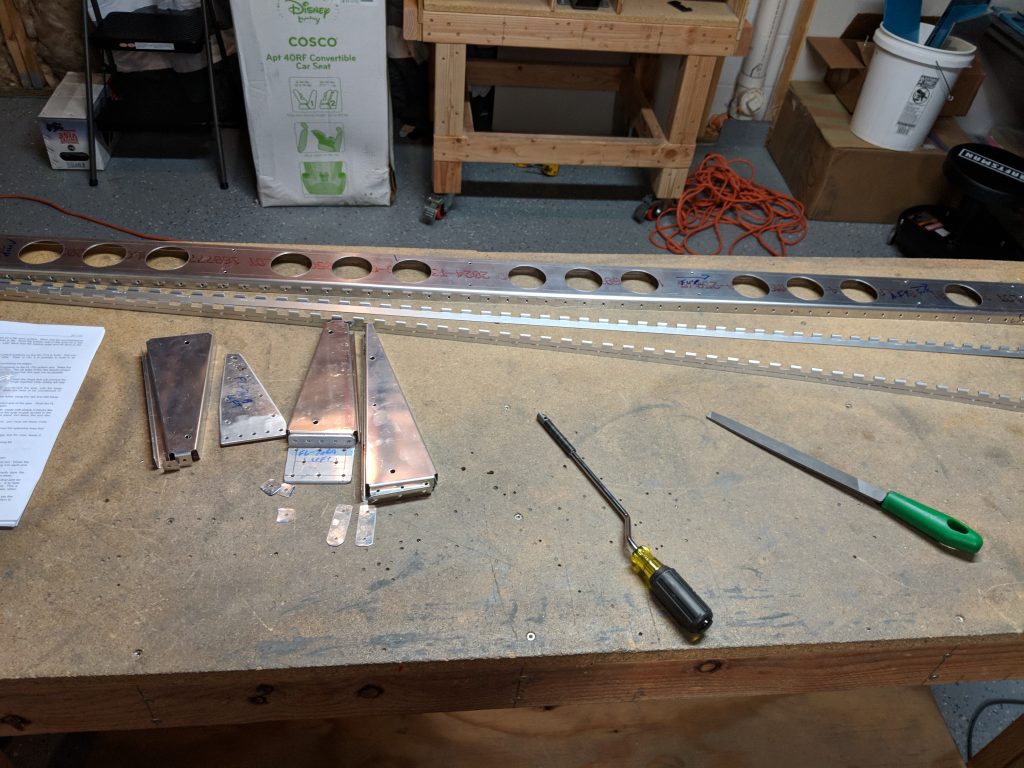 The final step I decided to do was to de-blue the skins so they’d be ready for deburring. I didn’t want to put too much time into tonights work session, so I figured I would just wrap it up by removing some strips from the protective vinyl coating to allow for deburring and riveting.  I like to leave as much of the vinyl on as I can to help keep my surfaces from scratches while the skins are being moved around and are in storage. 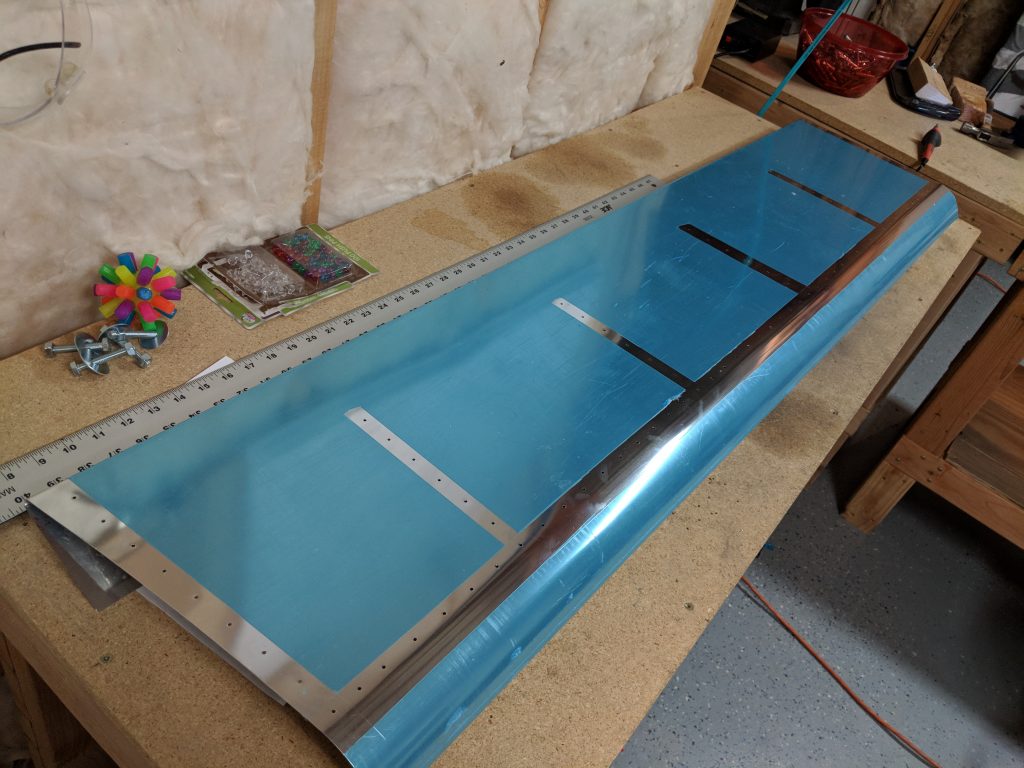 Since I had my iron hot, I went ahead and did top and bottom skins for both the left and right flaps.  I’ll come back and deburr these skins in subsequent build sessions.  Thats it for tonight, the left flap skeleton is ready to go for dimpling, so the next build session I will deburr the right flap skeleton, and probably all the skins.  That way I can move right on in to dimpling.