It’s that time in the build:  Wing rib prep.  This is probably the only part of the build that most people enjoy the least.  There are 56 total ribs, and all of them need to be prepped before you can start building the wing skeleton.  That means the following things need to be done:

As you can see, multiply those 6 steps times 56 ribs and you can get an idea that a lot of man hours goes into these things, and its repetitive work.  However, I figured this would be a good time to use these repetitive tasks as a sort of relaxation technique; listening to good music and just work away at them.  I do look forward to getting in the shop and doing some work with my hands, because all day long I sit behind a computer automating systems deployments for companies.  So, lets get after it! 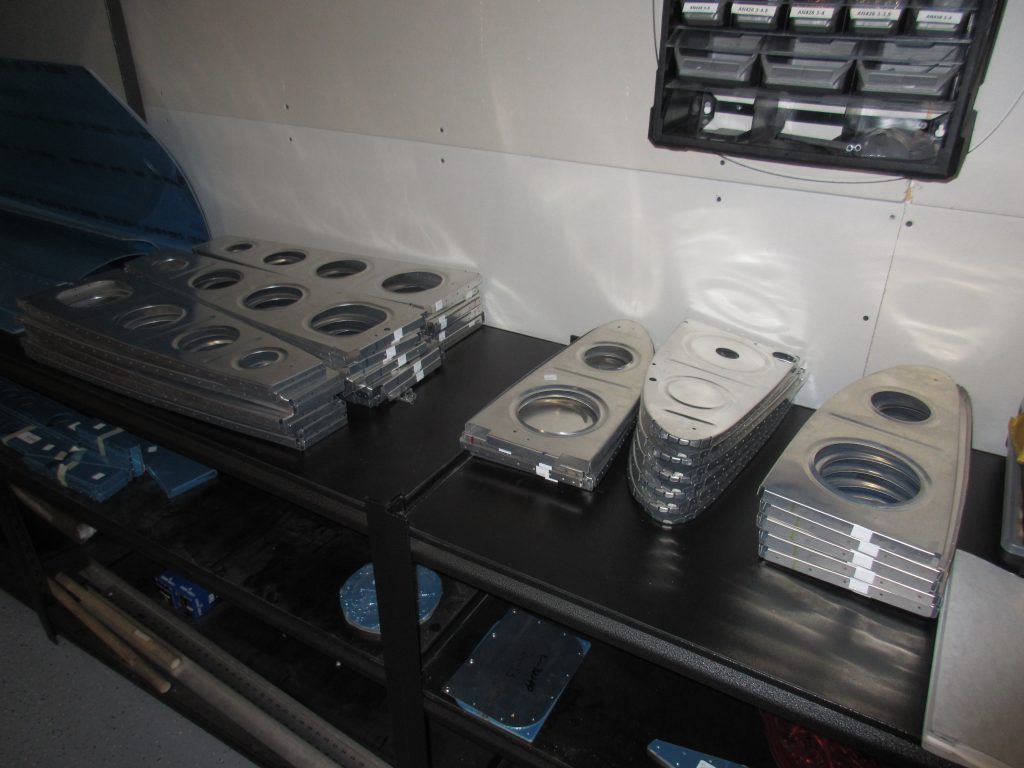 First up, I had read from several other builders on Vans Airforce that its easier to deburr all the lightening holes using a small scotchbrite wheel chucked into a die grinder.  I decided to try it a little differently.  I chucked it up in my drill press, and then configured my drill press to run at its max speed of about 3600 RPM.  It’s not as fast as a die grinder, but it worked out pretty nicely. 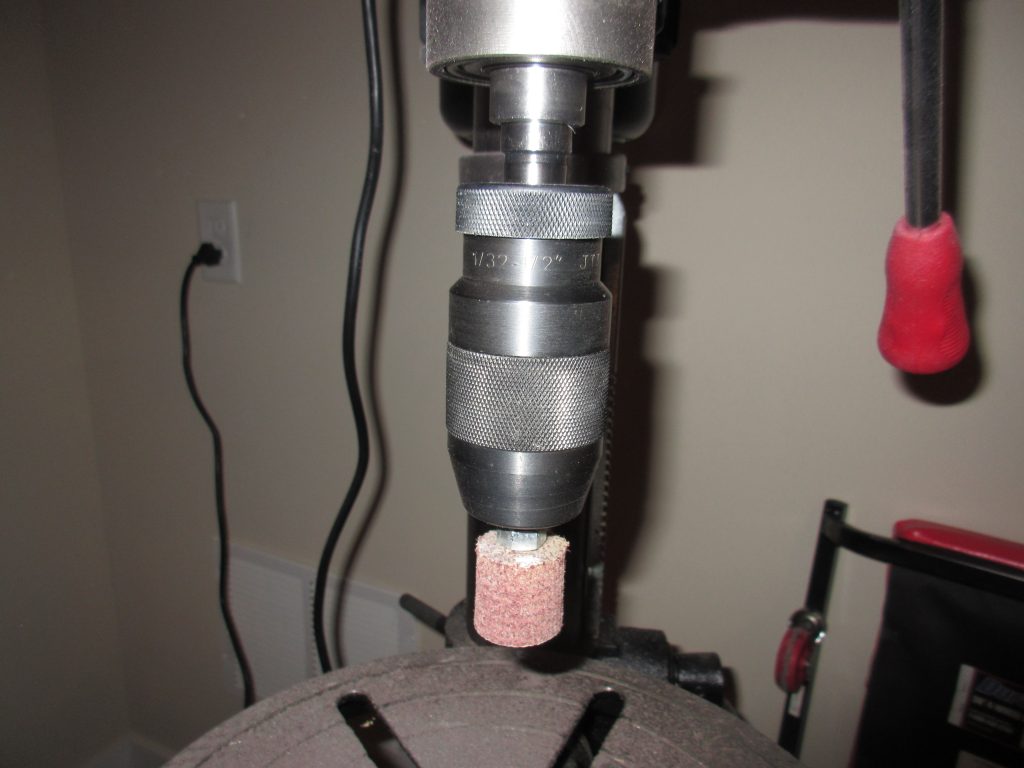 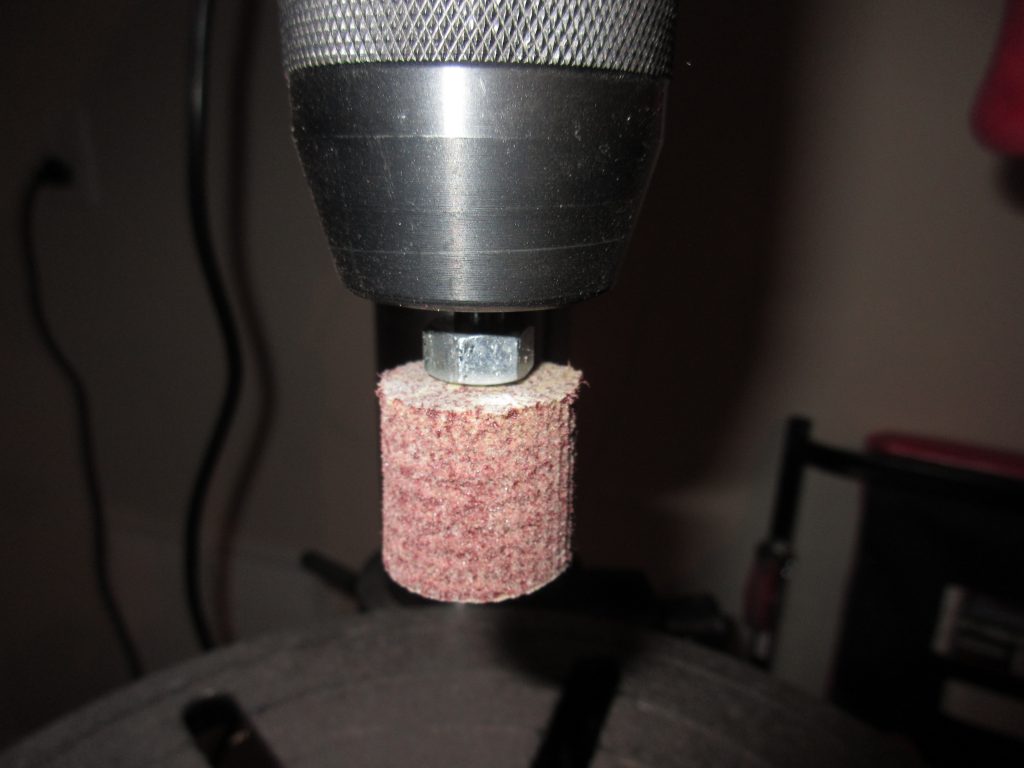 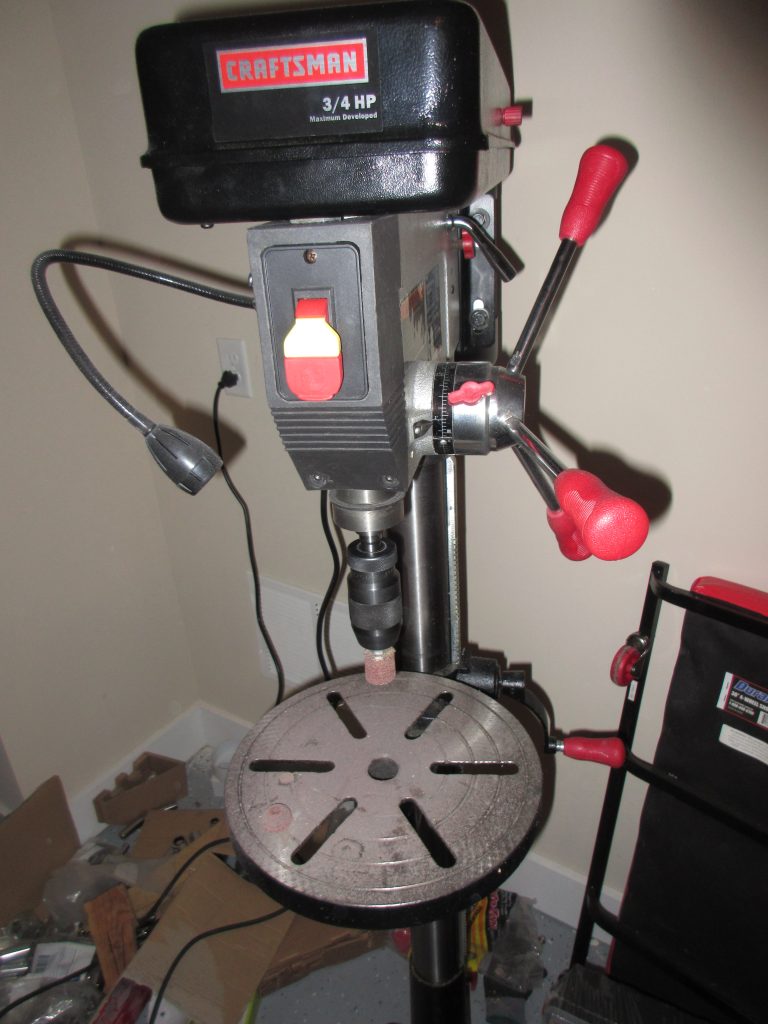 I carried all the ribs out to the garage, where my drill press is, and then rocked out to some BlackBerry Smoke and deburred all those lightening holes.  These things need to be smooth because you have to reach through them during the build process to rivet skins, and do other work inside the wings.  The small scotchbrite wheels I bought are pretty soft for some reason, so I ended up going through one wheel per about 4 or 5 ribs.  I bought 100 of them so I have plenty and after about a half hour or so I had all the lightening holes deburred.

Then it was time to deburr all the flange edges. This is a process I have done many many times on the scotchbrite wheel on my bench grinder.  I deburred every single rib flange on the bench grinder and stacked them up in a neat pile for the next process.  Unfortunately, the deburring wheel on the grinder can’t get in the small gaps between the flanges, so I am will have to do those using a scotchbrite pad or some other process.  I can see that’s going to take some time, especially on the leading edge ribs where there is a lot of little tabs to debur.  I think I may give this a try, as suggested on the VAF Forums.  Thats it for tonight.  I am covered in deburring dust, I am glad I wore a respirator and safety glasses for this.  Not a lot of photos form tonight, but here’s what I took: