Tonights work session was pretty much identical to last nights, and was only about an hour.  I wanted to get both flaps to the point of ready to be riveted, so I could make some V-blocks and then rivet these puppies together.  The process was the same as last night, but went a little quicker, since I already had the shop setup for dimpling work.  I started out by dimpling the flap skins on the DRDT-2. 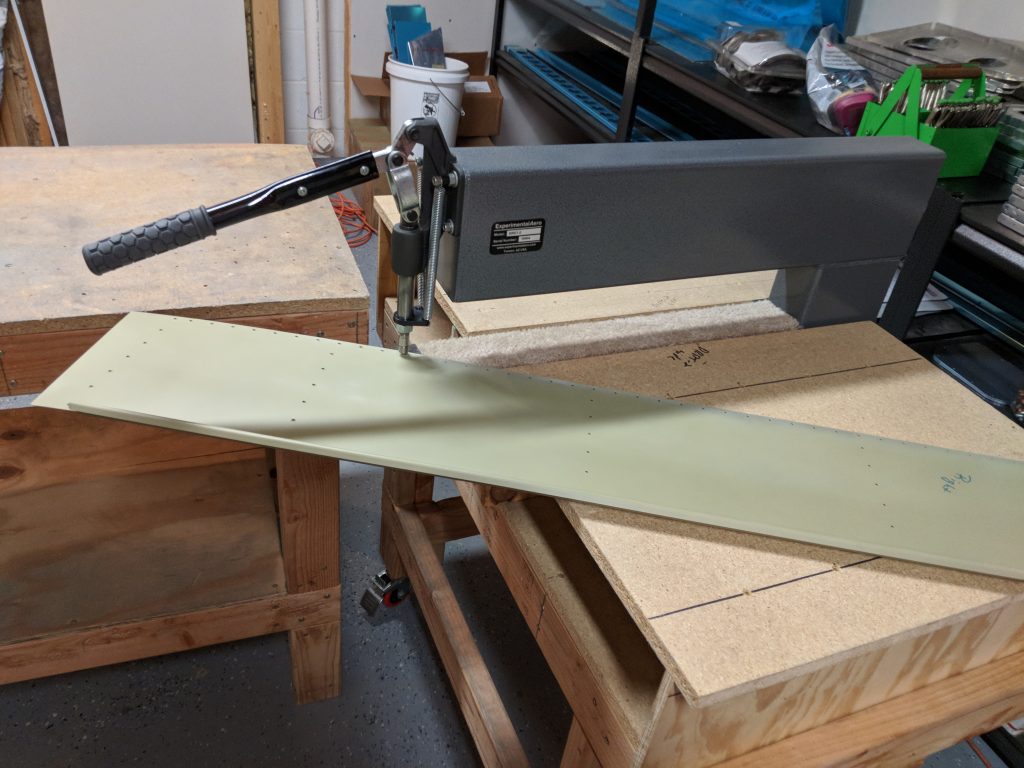 Having the side tables and the DRDT-2 on its own rolling table was WELL worth the time and effort it took me to build that sturdy little table.  It makes dimpling these large skins soooo much easier.  This went pretty quickly, and turned out great results on the skins. 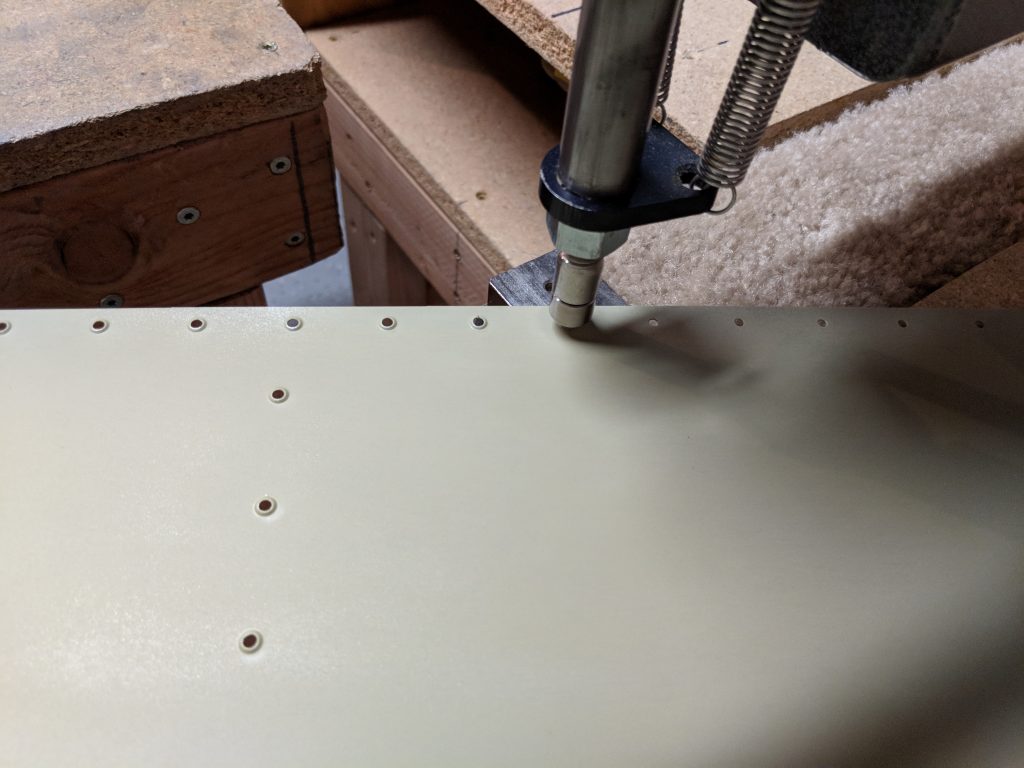 Like last night, I used the dimple dies in my pneumatic squeezer to quickly dimple the portion of the top flap that folds over,  It’s a bit unweildy and its  not easy to get under the DRDT-2.  Next up was to get those last few little pesky holes at the trailing edge of the skins.  I used the pop-rivet dimple dies to get to these buggers. 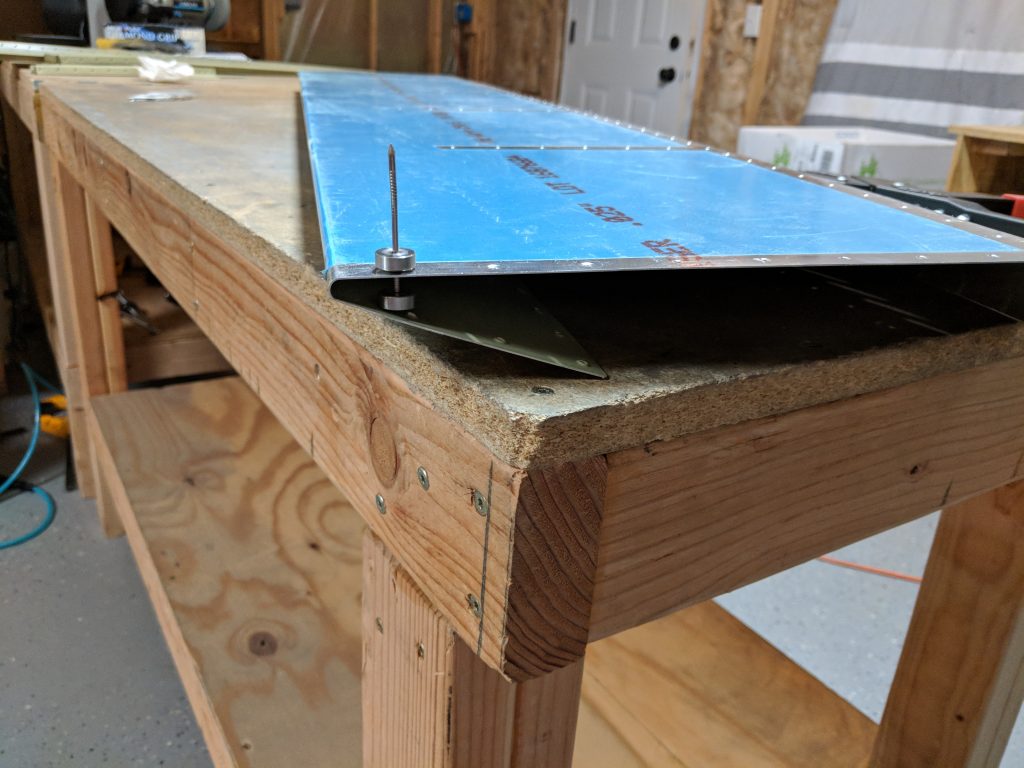 Then I grabbed all the right flap ribs and used the pneumatic squeezer on those guys with the exception of the last holes in the end of the ribs.  like last night, I used my little plate of steel to dimple them with a few quick taps of the hammer, and test fitted a rivet to make sure I had everything flush enough. 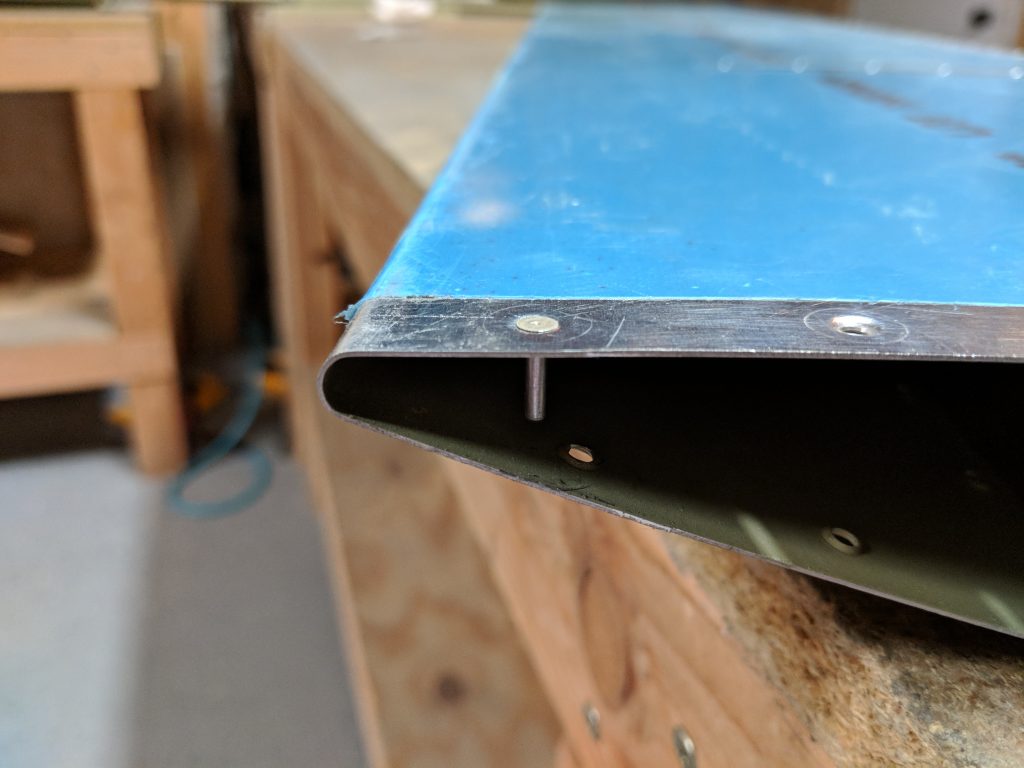 I managed to finish up all of the parts for the right flaps in about an hour.  Both flaps are now ready to be assembled, and riveted.  I will probably make a set of V-blocks to hold the flaps tomorrow night and then start riveting them together this coming week.  I am still wanting to find a nice piece of scrap stone countertop to lay on my work tables to assure I have a good straight surface, so I don’t get any twist in the control surfaces.  I may go and scrounge one up this week.  I decided to clean up the shop a little bit, I’ve got a few folks from EAA Chapter 1560 coming by the house tomorrow evening to take a look at the build.  One of them is building an RV-12.