Another quick update.  The left tank has been curing for about 4 days or so, and its time to do a leak test! I set it up like the right tank, by using a ballon as a presssure rupture vessel and also a pressure containment vessel.  I aired the tank up, until the balloon was inflated then let it sit for a few minutes while I studied some plans. 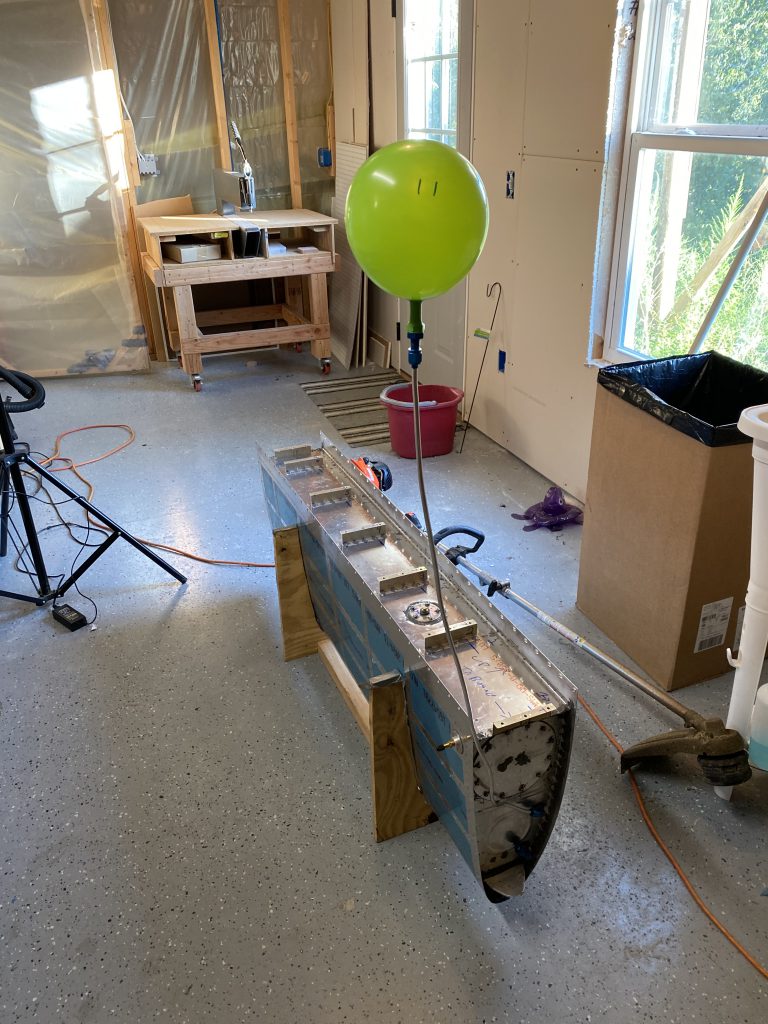 I also got my shipment in from Cleveland tool for the extended back riveting set and flush bucking bar for the wing skins, and a few other things. 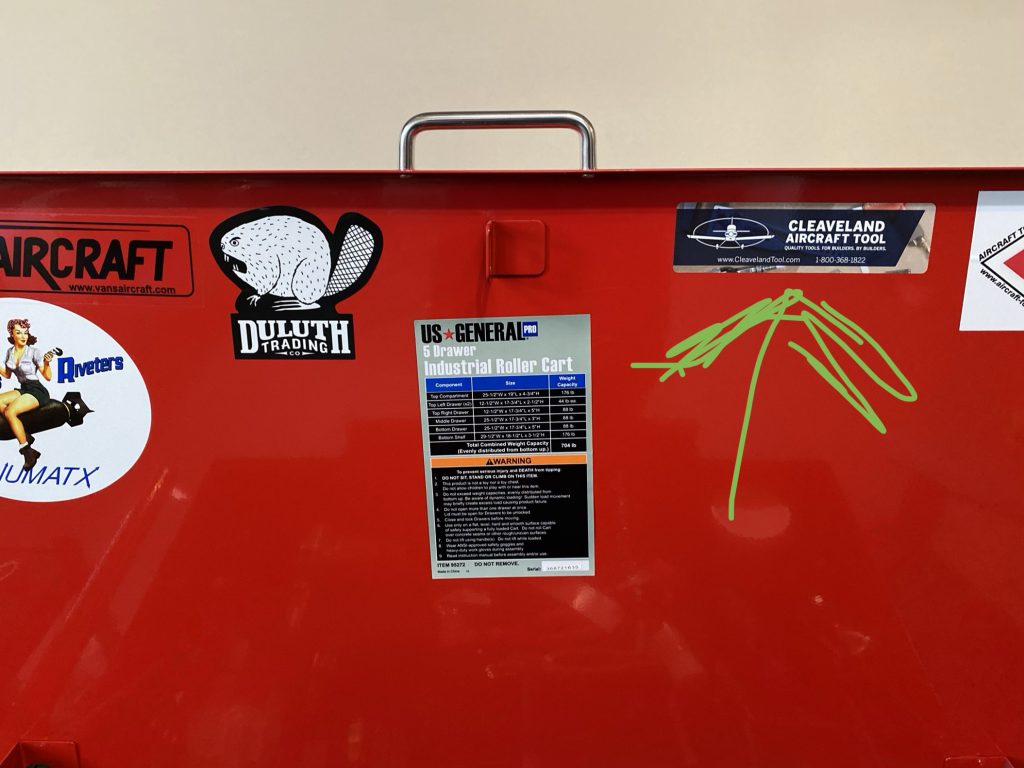 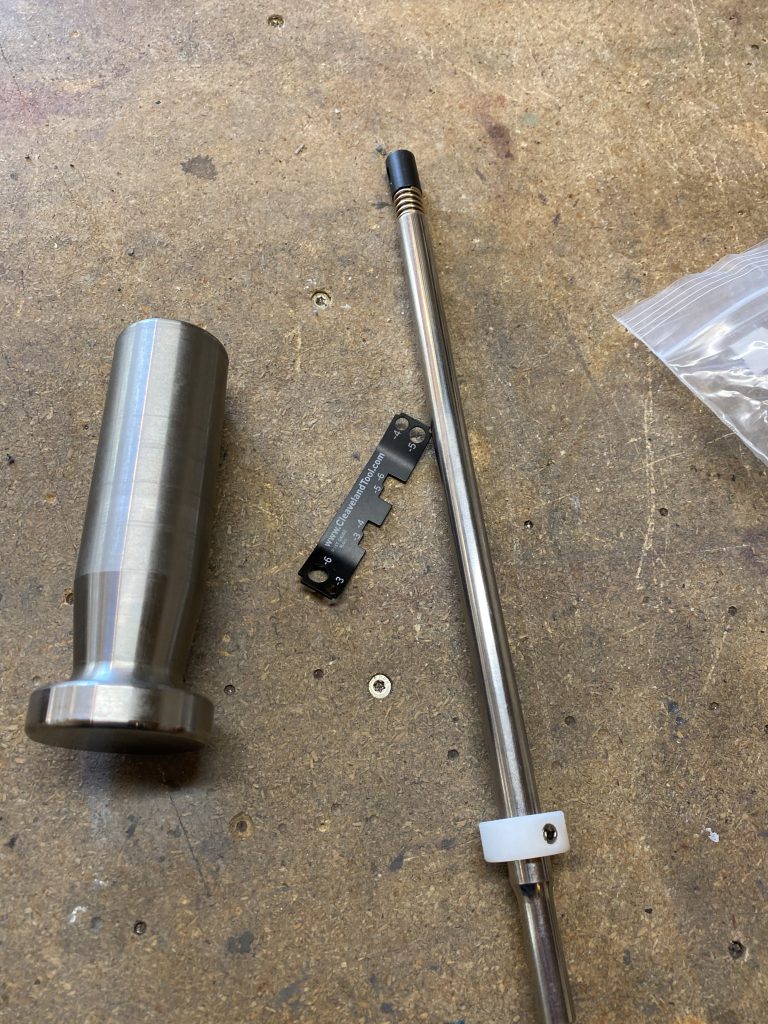 After a little while, I noticed my balloon had deflated! OH NO! Was this a leak?  So I reinflated the tank, and grabbed some soapy water.  After a few squirts I was relieved to see that my leak was coming from the test kit itself, so I tightened up the schrader valve fitting until the bubbles went away, and let it sit a few more minutes. 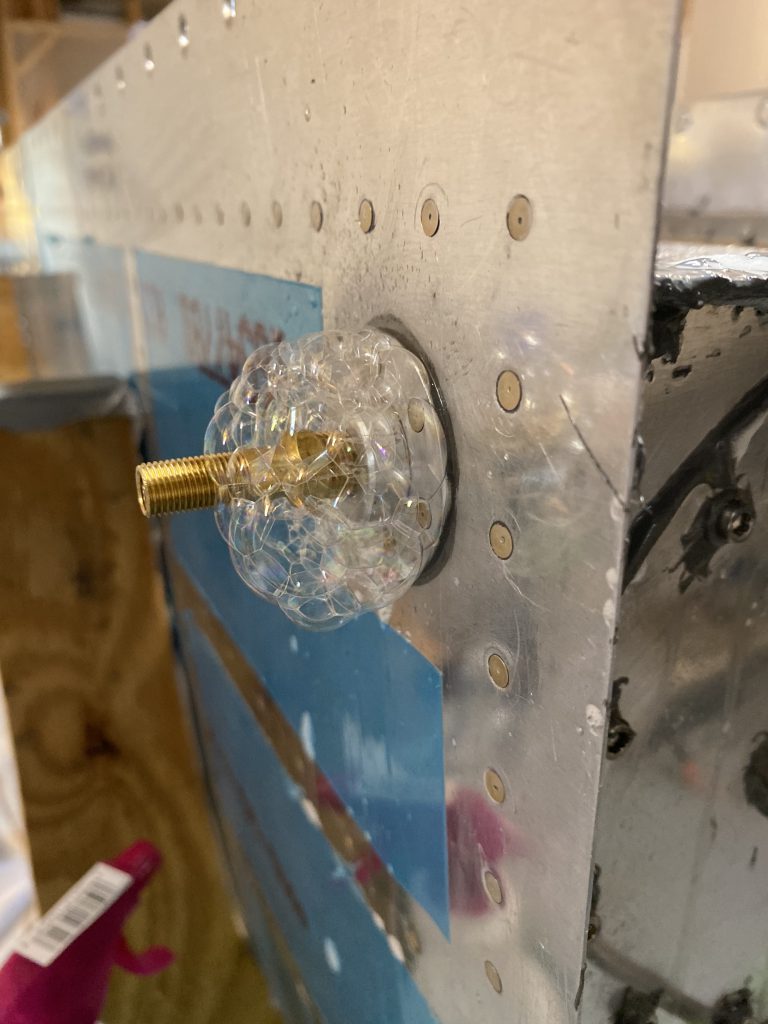 I also sprayed down every rivet on the tank with that soapy water to check for leaks, and found none! So I washed the tank down with the garden hose outside, and wiped it dry, and left the balloon inflated to sit overnight so I can see if there are any tiny leaks over time.  I decided to get started on the next step: the leading edge skins.  I removed the left wing leading edge, and disassembled it, because I need to deburr and dimple the holes. 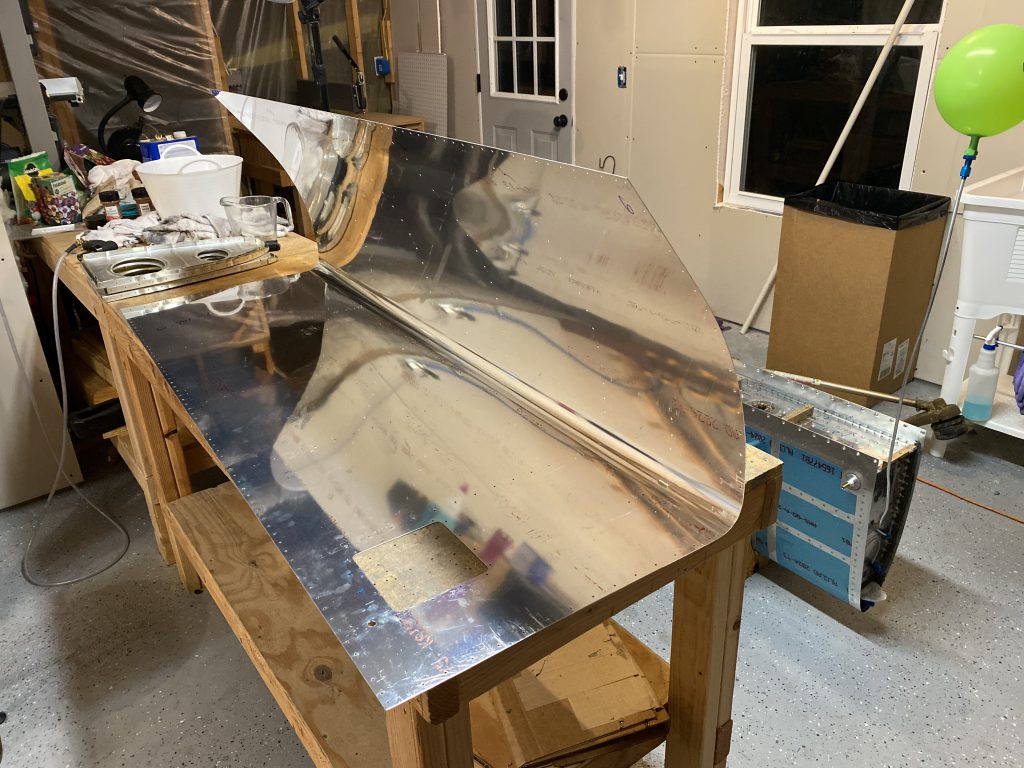 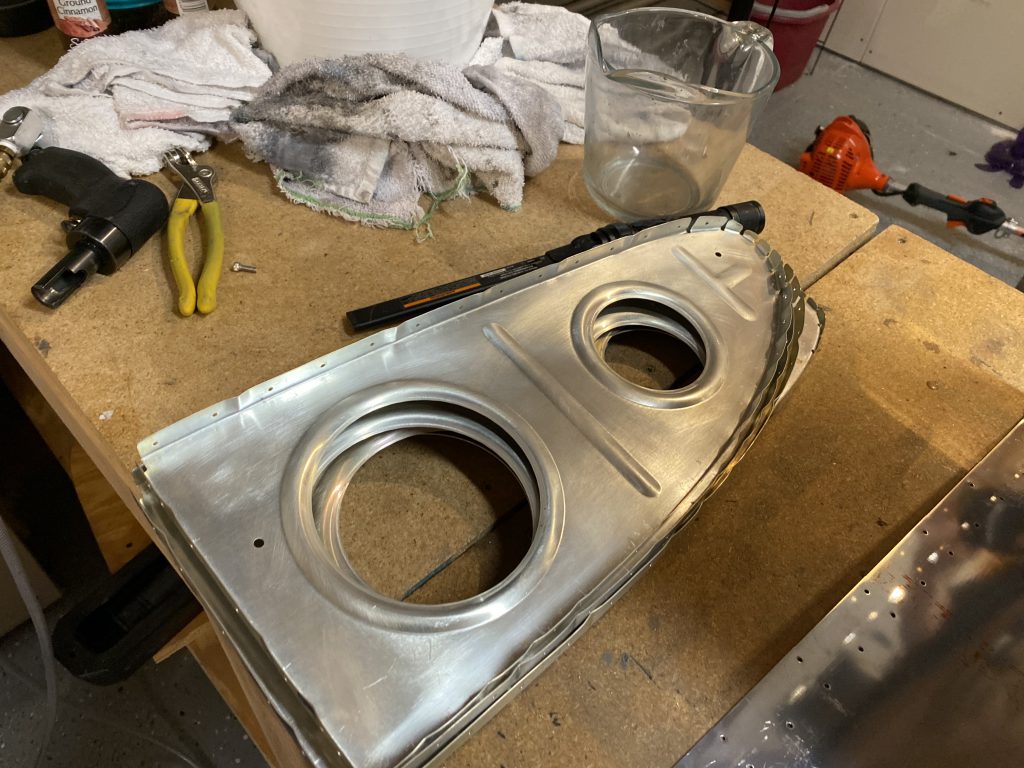 I left off here, since its deburring time.  Thats a good session for tomorrows work! 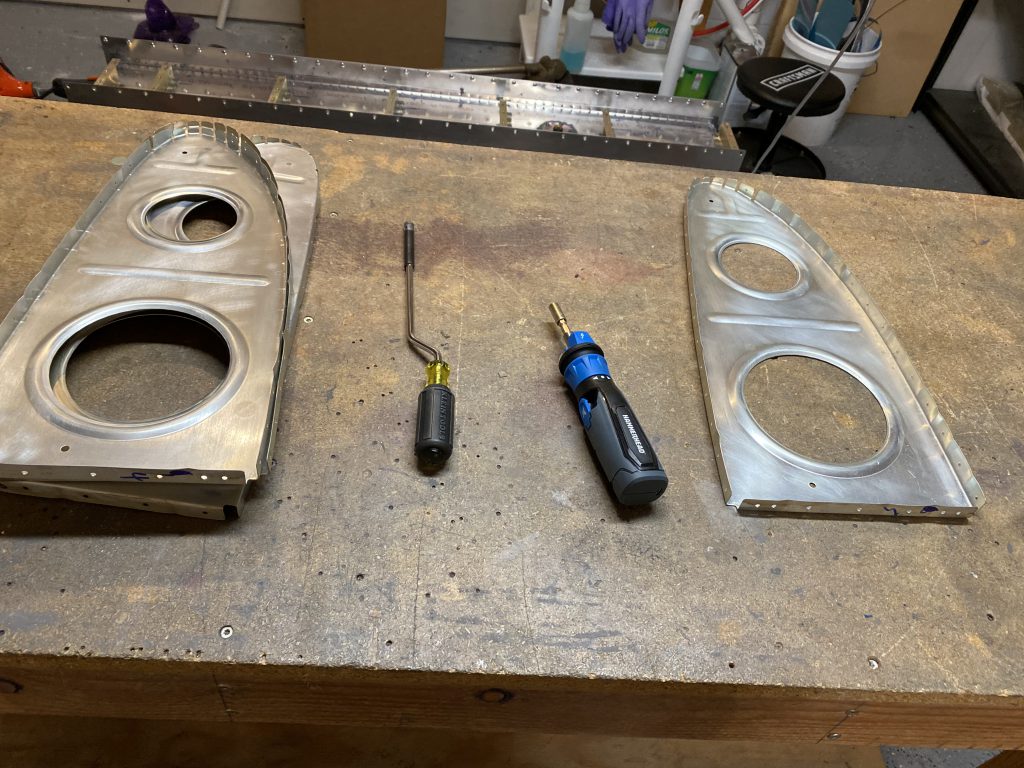 I did record a timelapse, but it doesn’t show much.  At any rate heres that video.  You’ll see me on the phone a little, checking out plans a little, and pretty much “fiddle-farting” around waiting on the leak test.