Riveting the Aileron Brackets onto the Wings

Starting to get the last remaining parts from my shelf, and onto the airplane!  After I let the parts I primered, cure, they are ready to go onto the wings. I needed to get the aileron brackets riveted on, and I figured it would be easier to do with the wings in the stands for now.  Here’s the time lapse videos for the work: 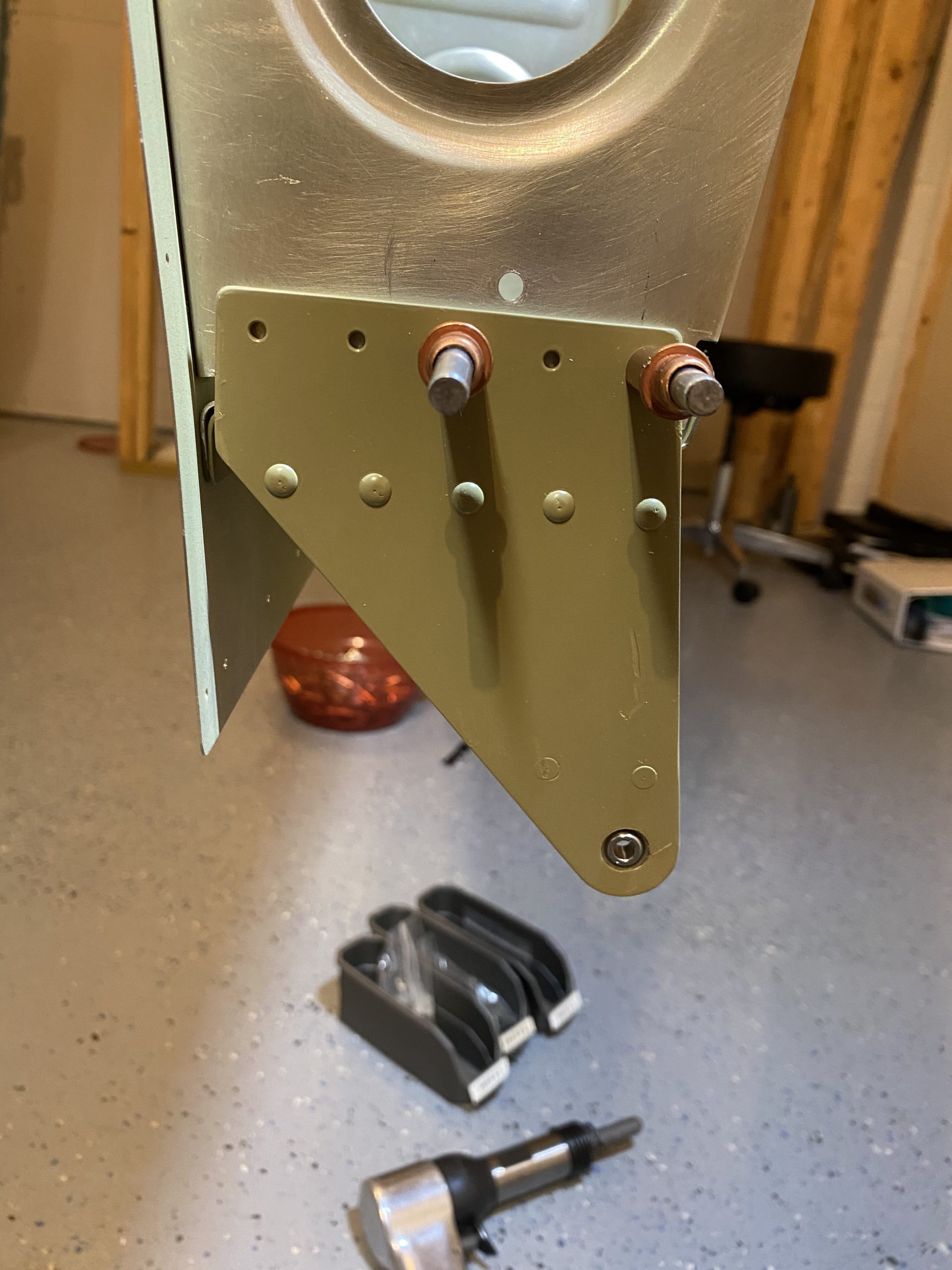 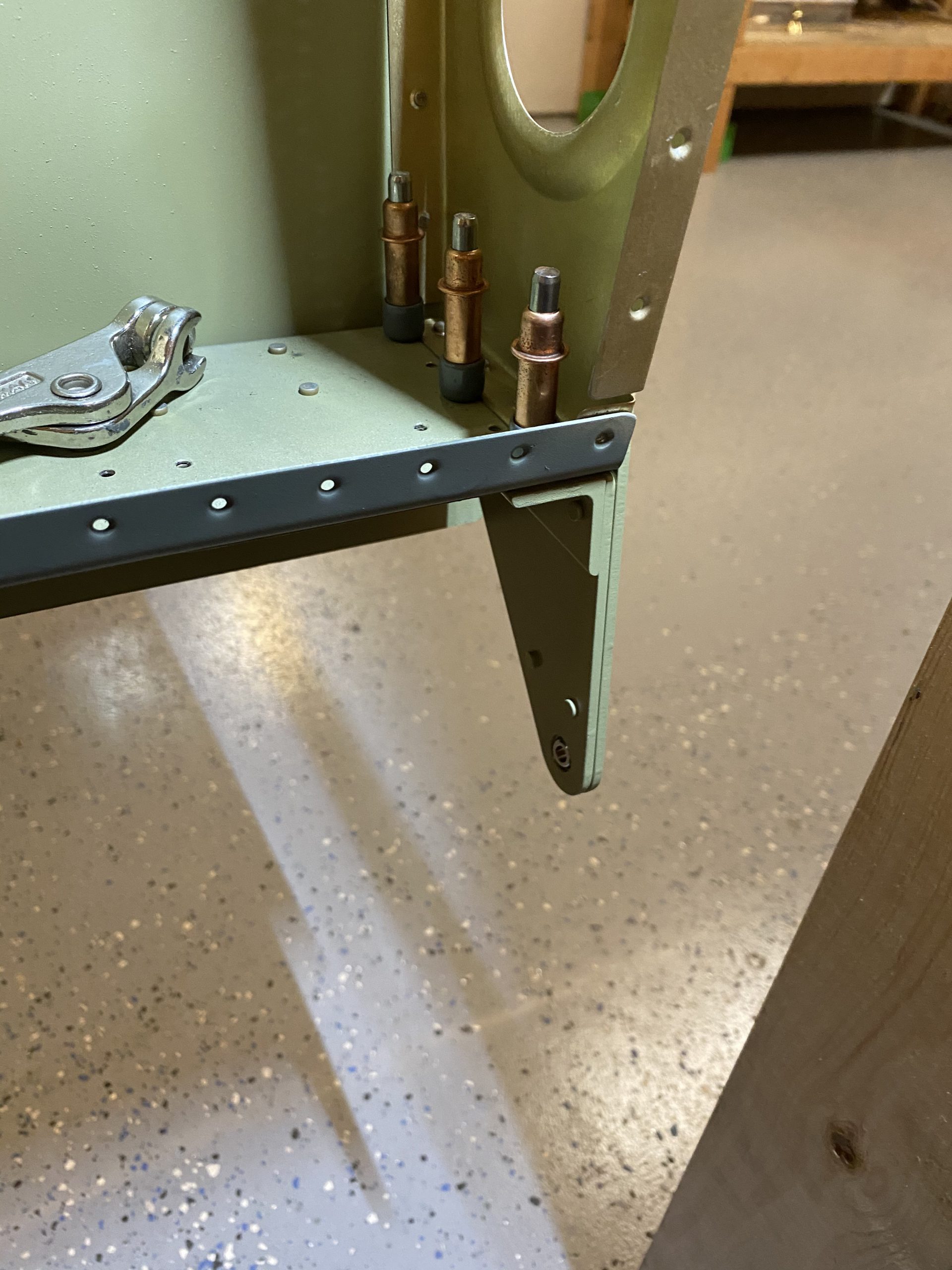 Then I removed the bracket and deburred these new holes.  I also coutnersunk the lower two rivets on the side facing the aileron to avoid clearance issues.  Van’s instructs us to only do the very lower most rivet with an AN426AD4-7 rivet, but I went ahead and did the next rivet as well to be safe.  You can see them here: 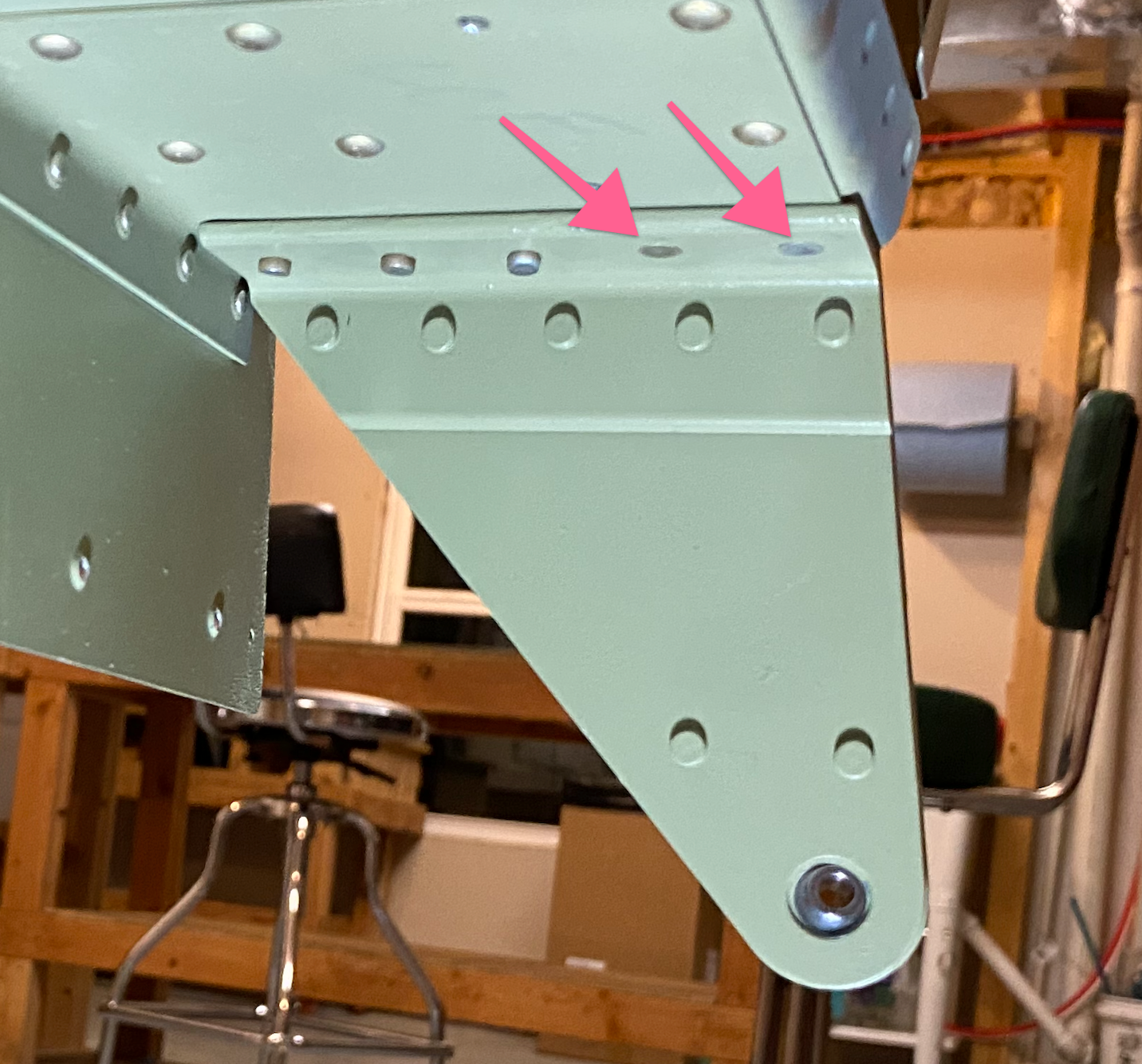 The rest of the rivets I use the standard AN470AD4 style, and made sure to put the manufactured head on the thinnest metal piece, the rear spar.  I was able to squeeze a few of these rivets, but I did have to buck the others.  No biggies, they were easy enough to buck.  Next I moved on the inboard aileron bracket, making sure to apply proper doublers and rivets as called out in SB 16-03-28 for cracking. 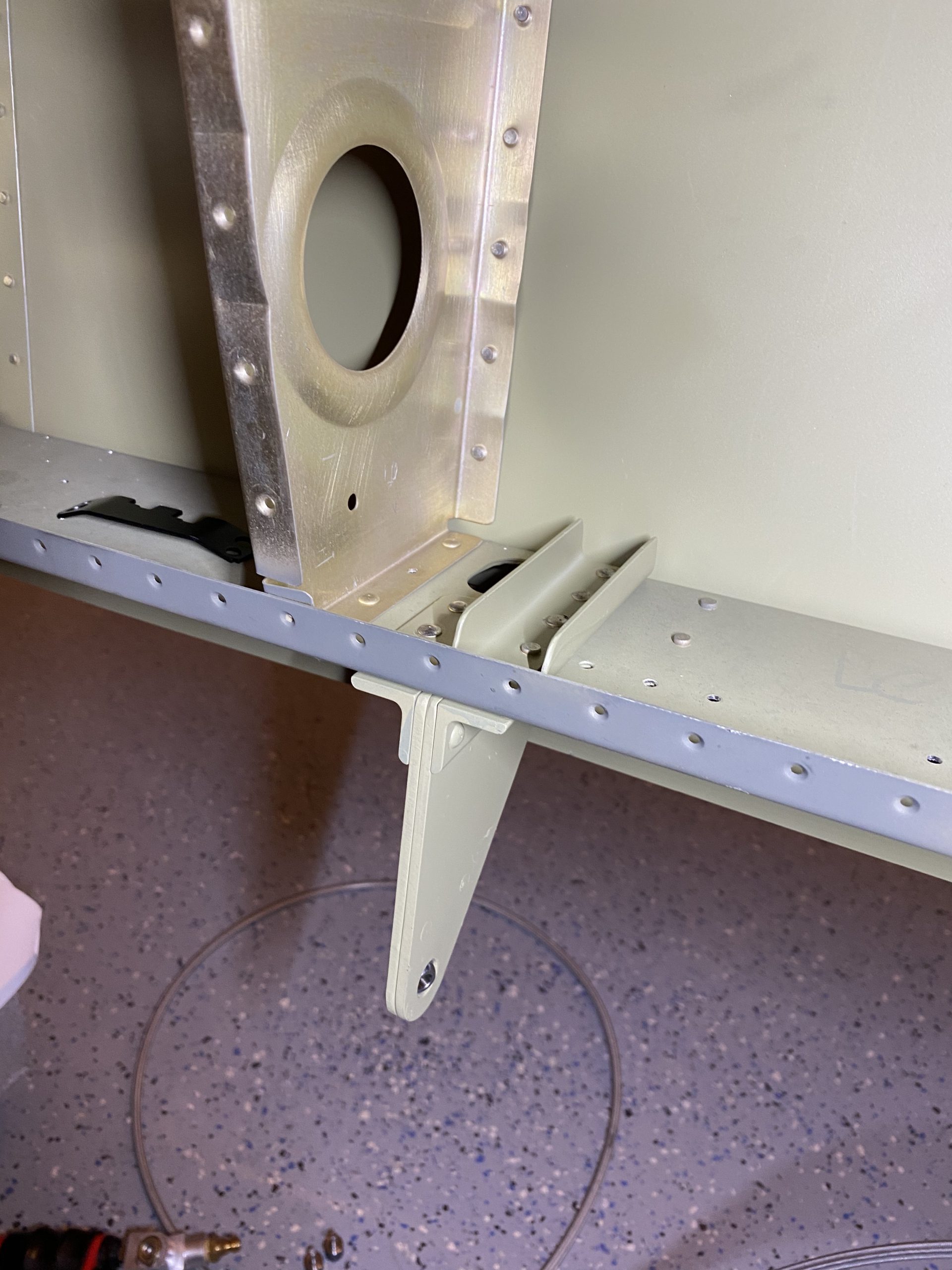 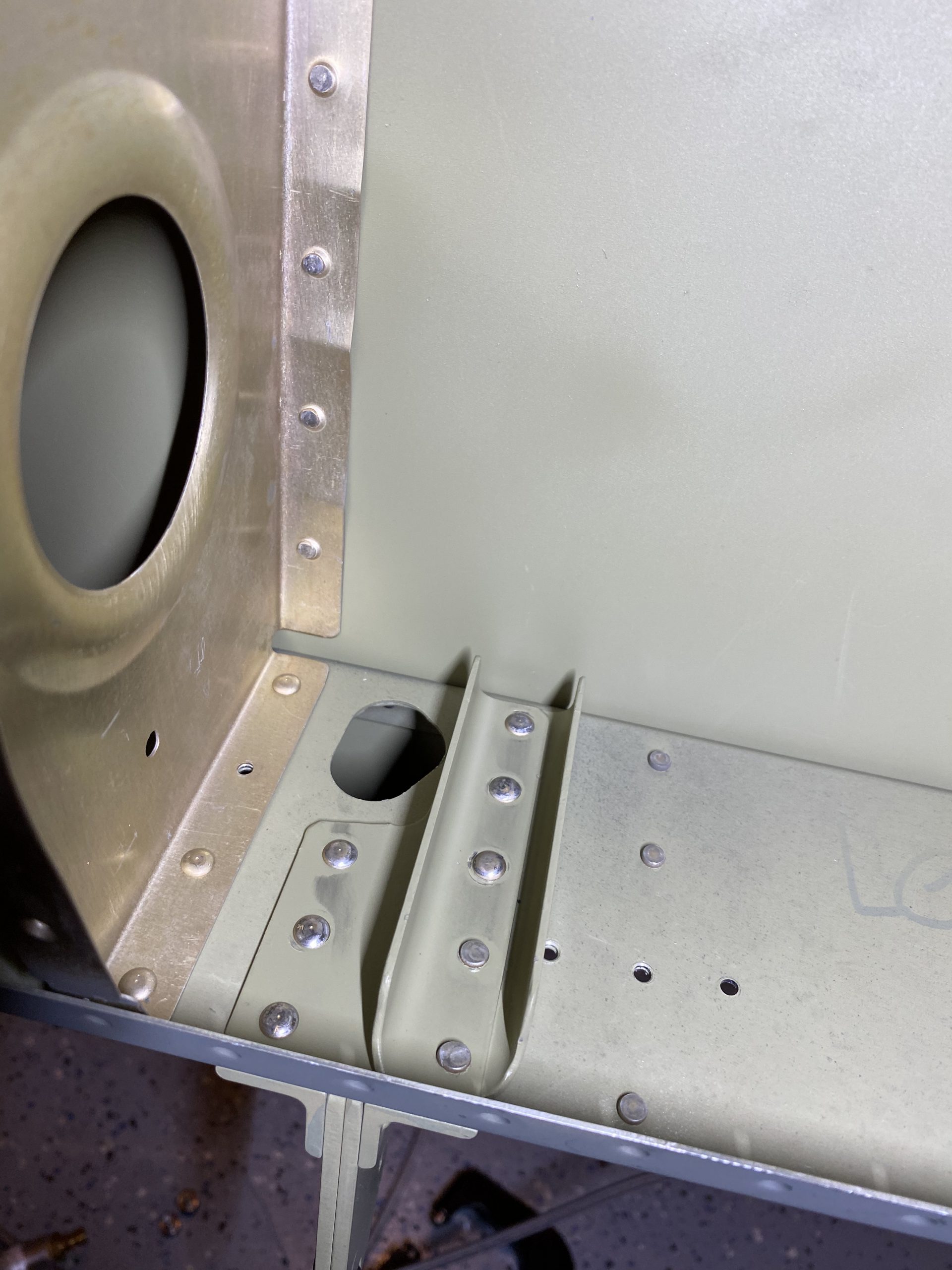 I the same thinking, I used AN426AD4-9 countersunk rivets for those bottom two rivets, to avoid clearance issues. Like I did on the outboard bracket, Vans calls for the lower most rivet to be flush, but I did the one right above it as well.  I was able to squeeze some of these, and bucked the rest. I’m happy enough with how they came out, I have one rivet I will probably drill out and re-do because It sort of folded over a little.  Should be easy to fix I think.   Next up was to repeat this process on the right wing, and it was exactly the same as the left wing, just mirrored 🙂 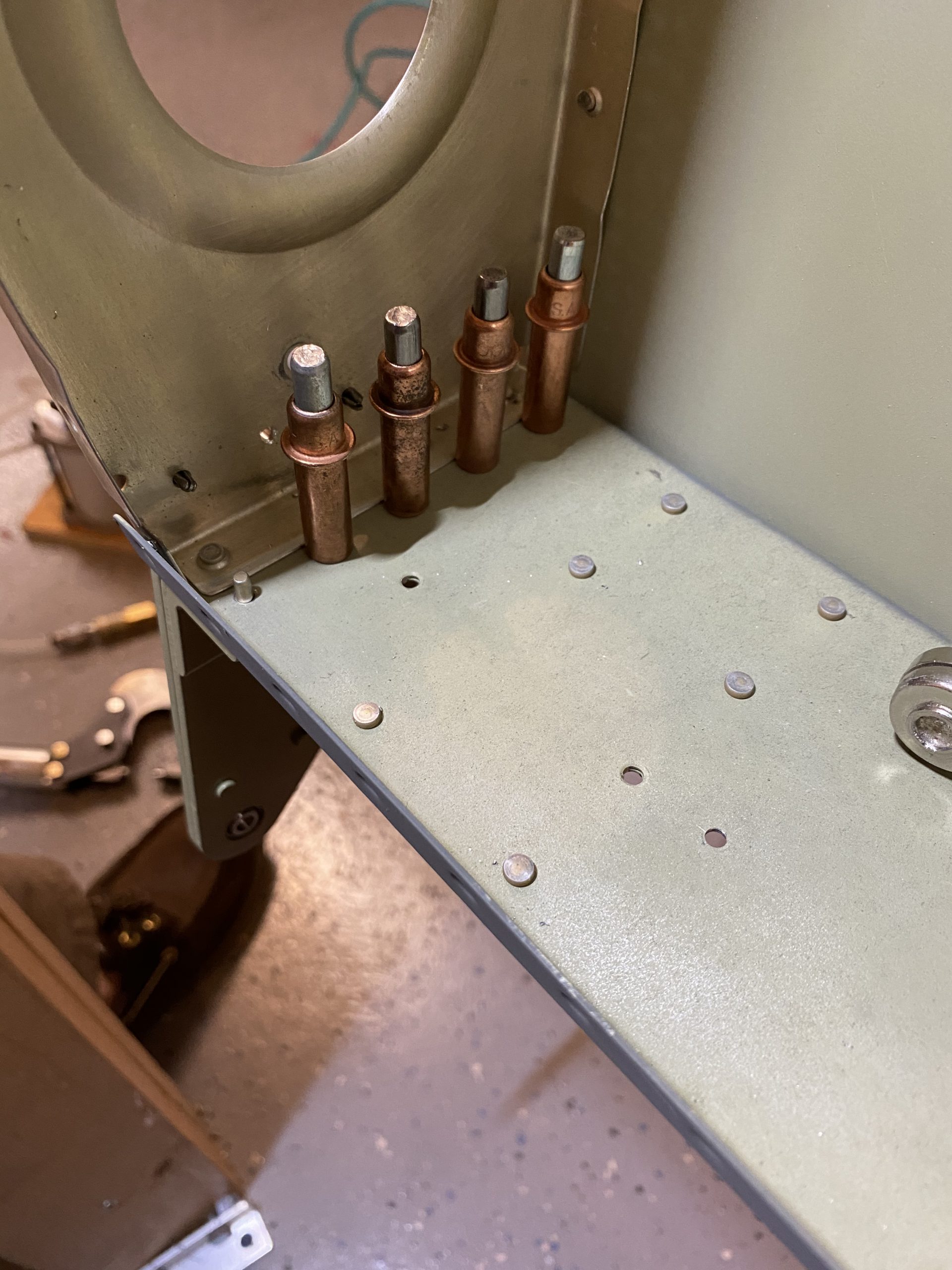 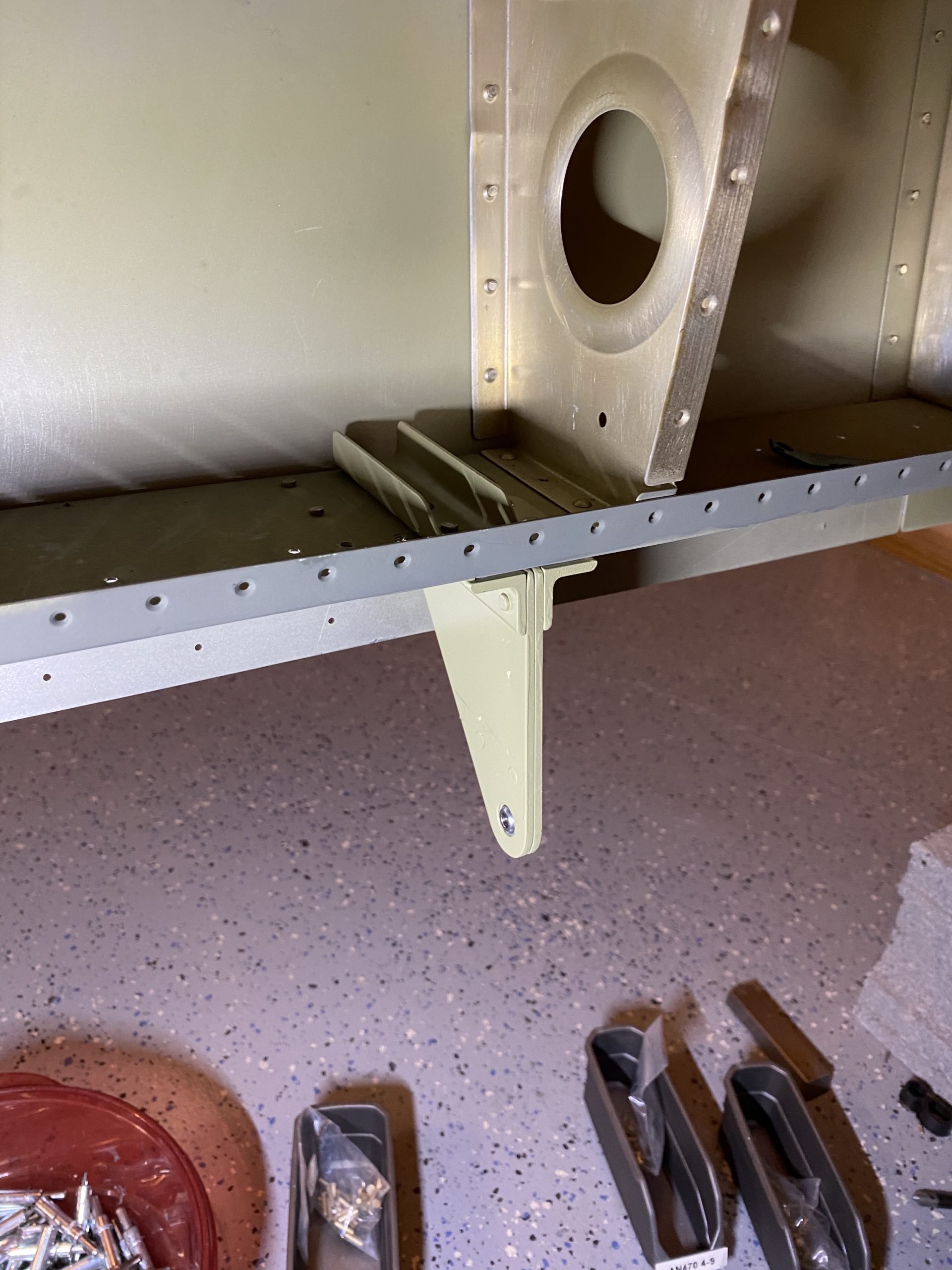 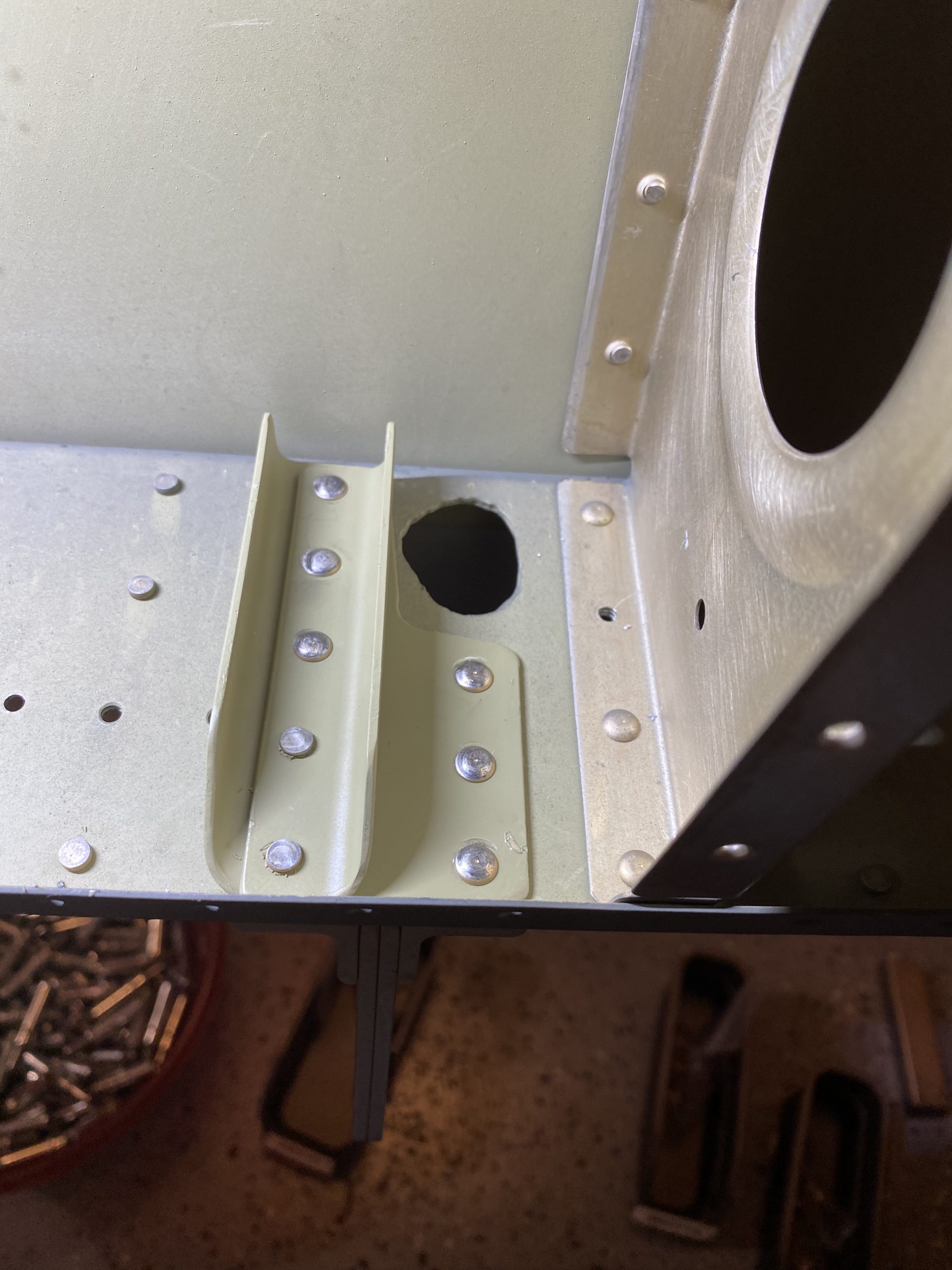 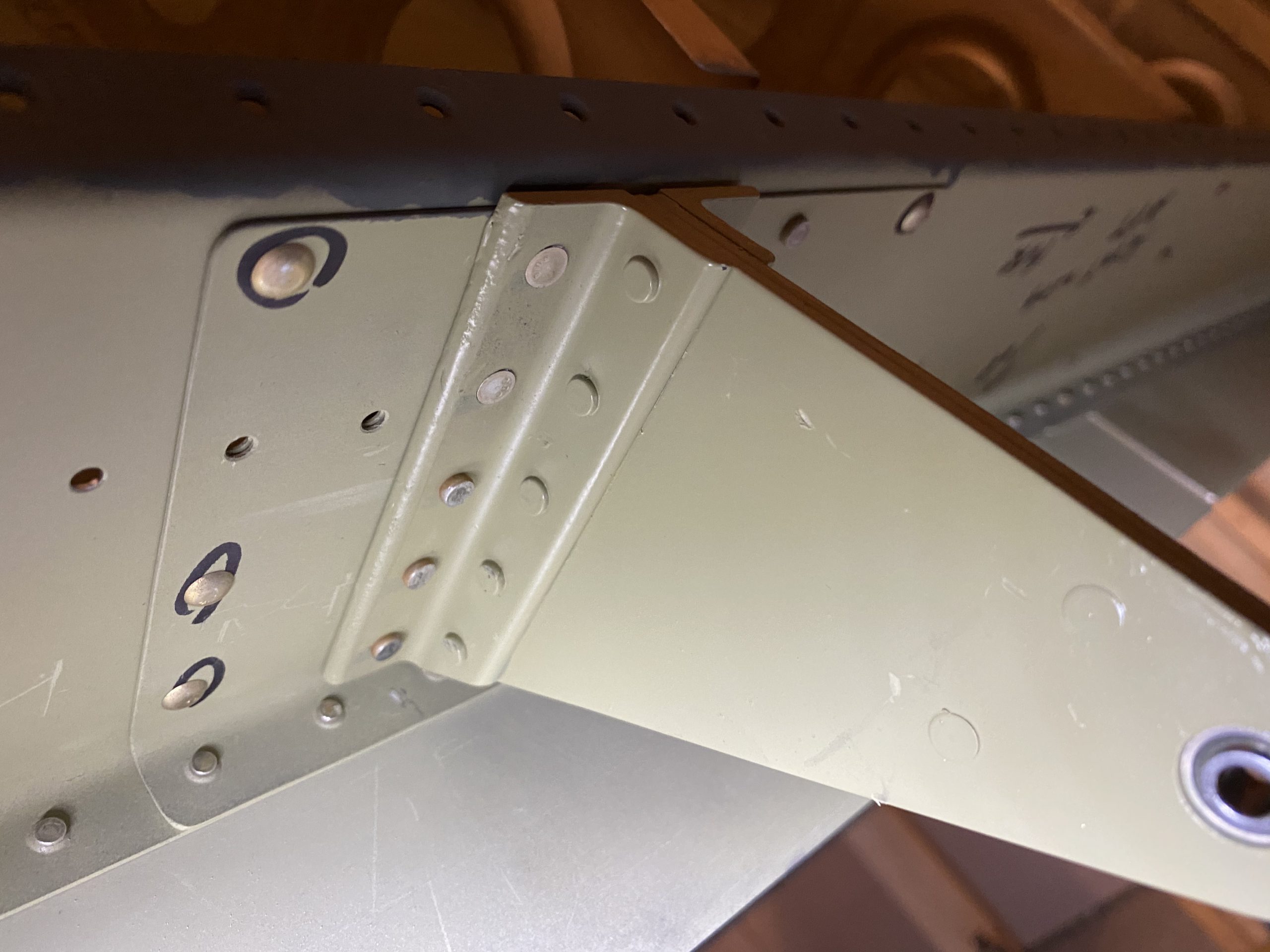 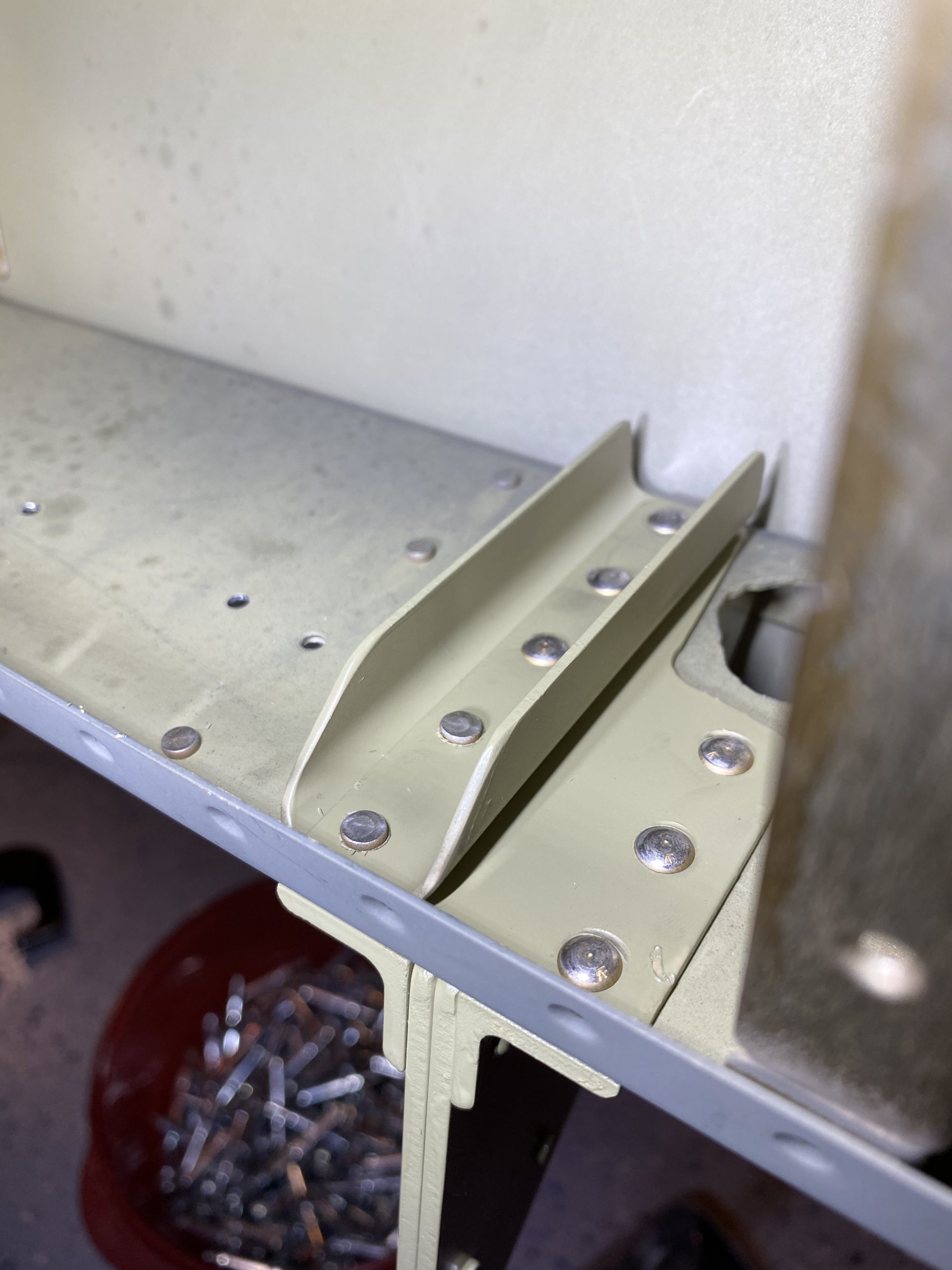 Thats it! Both wings have their aileron brackets installed.  I’m going to save drilling out that rivet, as I need to drill out 3 in the wing skins.  So I’l all of them at the same time.  This work went pretty quick, and I’m glad I primed these brackets as they look really nice, and should give a long service life.  I think I’ll get the aileron gap seals and flap braces installed in the next session.  I also need to start putting thought into the fuselage kit order soon :-). There’s more photos in the album below.