I’ve let the ribs cure from their sealant in the last session, and now its time to rivet them.  I didn’t get many photos from this session, as I was pretty focused on knocking these out.  I had planned to do all 5 of the interior ribs, but I only managed to get 4 done, and didn’t get the shop heads dolloped in sealant either, this was more work than I thought.  I should have quit earlier, because I wound up with some shoddy work at the end, that I’ll have to fix the next session.

First I removed every other cleco in the ribs, so I could rivet those holes first, then I mixed up 70 grams of sealant to be used to wet set the rivets and also dollop on the shop head after I was done.  My plan was to use up all 70 grams and then call it a night when it ran out, but it went a LOT further than I had thought!  Once I had it mixed up, I used a q-tip to smear a tiny amount into the dimples on a rib, and then stuck a rivet in the hole.  The rivets were soaking on MEK to be nice and clean, so I had them on a towel drying off, later putting them into a small metal tin for easier handling.  After that it was pretty standard flush riveting.  I used the jig to help hold the tank in a good position for riveting, and I’d clamp it to whichever side of the table gave me the best access to the interior to buck with. 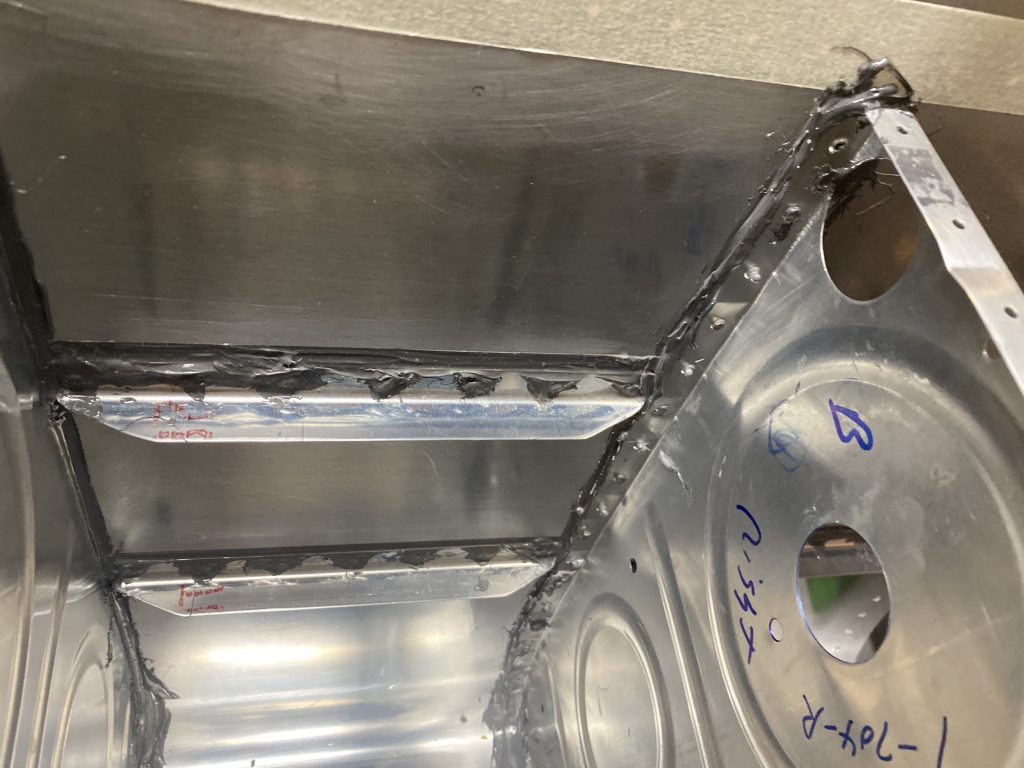 Once I got the first set of rivets set, I’d remove the other clecos, and repeat the process of dabbing on some sealant into the dimples, putting in a rivet, and the bucking it nice and flush.  After getting two ribs done, I figured I’d start dolloping on the sealant onto the shop heads while it was still workable and not hardening.  After I got the first two ribs riveted and the shop heads dolloped, I was running a bit low on sealant, so I decided to use what I had left to smear into the dimples, and rivet the rest and then come back later to dollop on the sealant since there was no rush at this point. 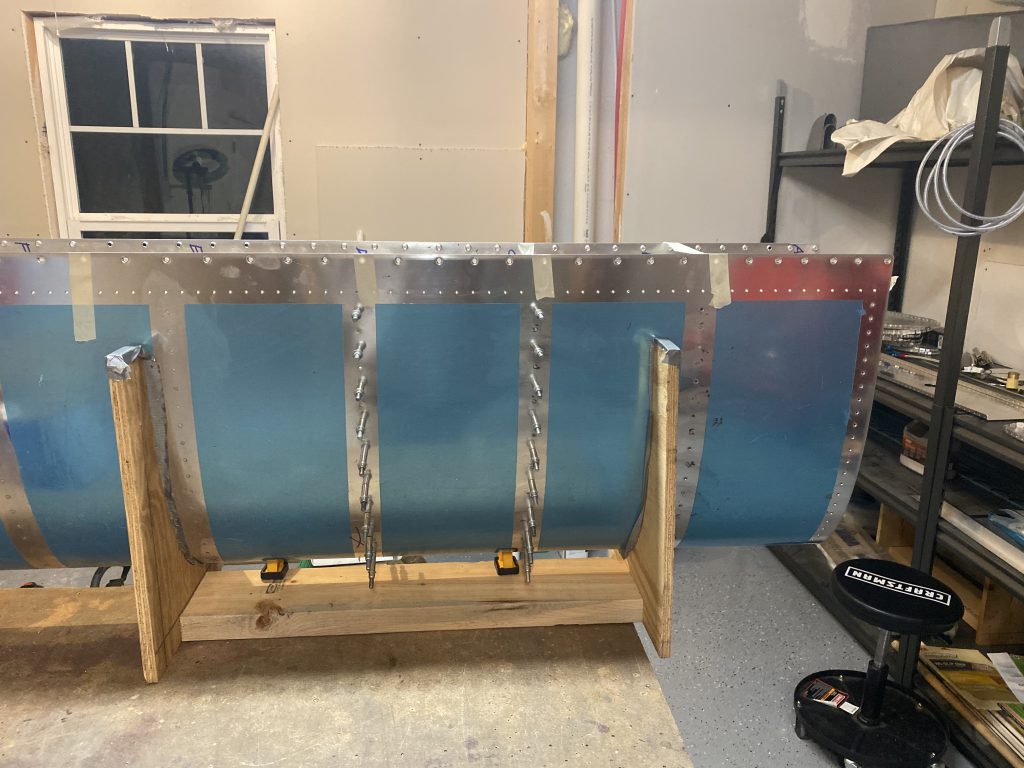 I managed to get a total of 4 out of 5 ribs riveted, before I totally ran out of steam.  I was also feeling a bit woozy from the fumes, so I stopped after noticing two rivets were not set very good.  I marked them for repair later and called it a night.  I didn’t get the dollops on 2 of the ribs, so I’ll get them in the next session.