Tonight was pretty much a duplicate of last night.  I started out by assembling the leading edge and the trailing edge skins to the skeleton and match drilling everything. Making sure to drill out the holes along the bottom to a #30 hole where the skins overlap the spars. Once I had both sides match drilled, I flipped it over to finish the work. 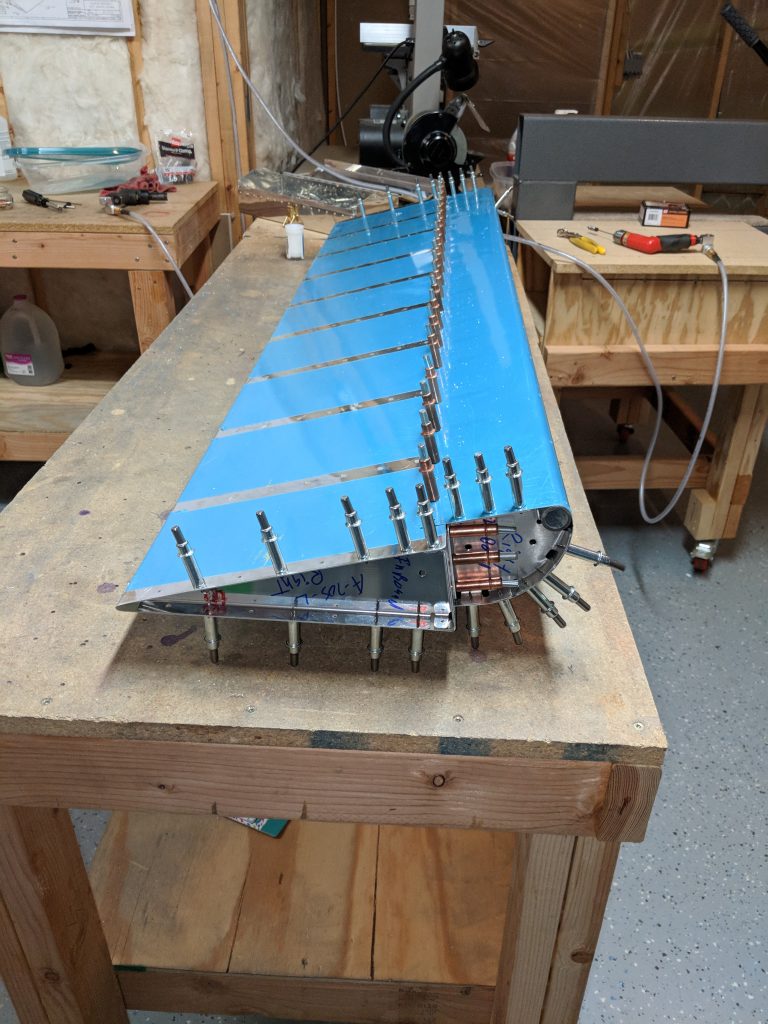 Next up was to drill the counterbalance pipe using the leading edge skin as a template.  Learning from the work last night, I used a #40 drill to first drill the holes in the counterbalance, and the opened the holes up to a #40 size.  After drilling into this steel, I believe my drill bit is finally getting dull.  I’ll finish up the ailerons and then replace it. 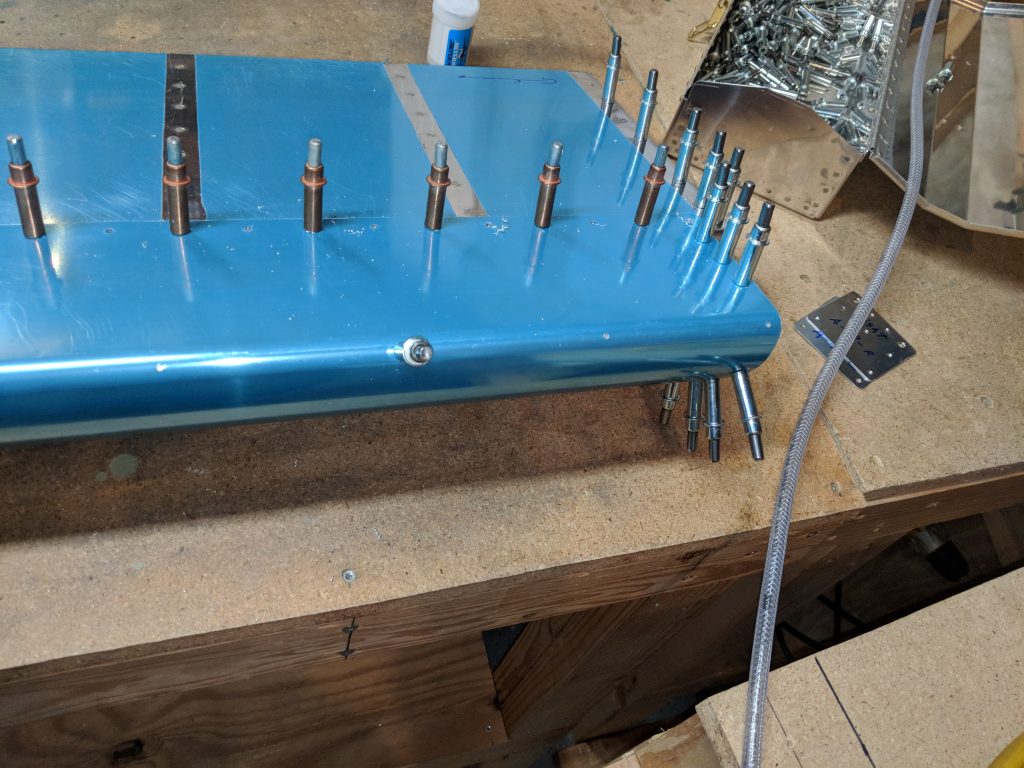 ( That photo doesn’t show very good, but thats a 3/32″ cleco in that hole…it looks like a giant hole from this angle heh ) 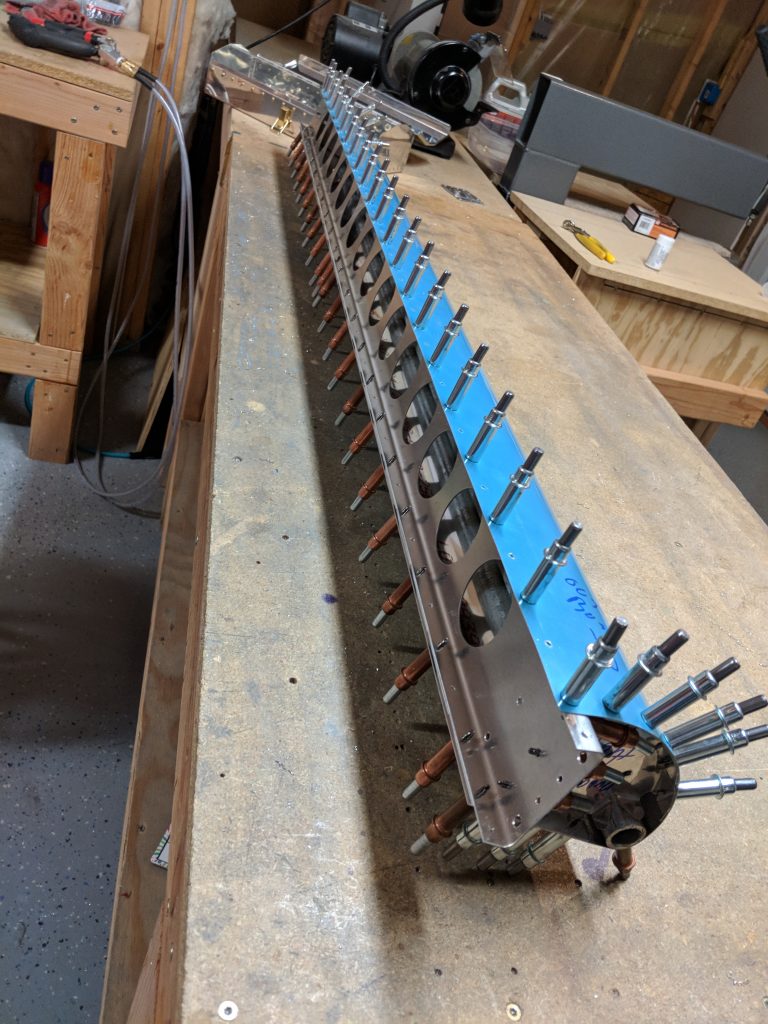 With all that, the right aileron is ready for deburring and edge finishing.  So far, I had only worked about an hour, and I was still ready to get some work done, so I went ahead and started deburring the holes in the parts for the right aileron.  I was able to get all of the skeleton parts holes deburred, and all I have left is the skins.  BUT, I need to remove some of the blue plastic before I do that.  So, I’ll save that for tomorrow.  Here’s all the parts I was able to get the holes deburred on. 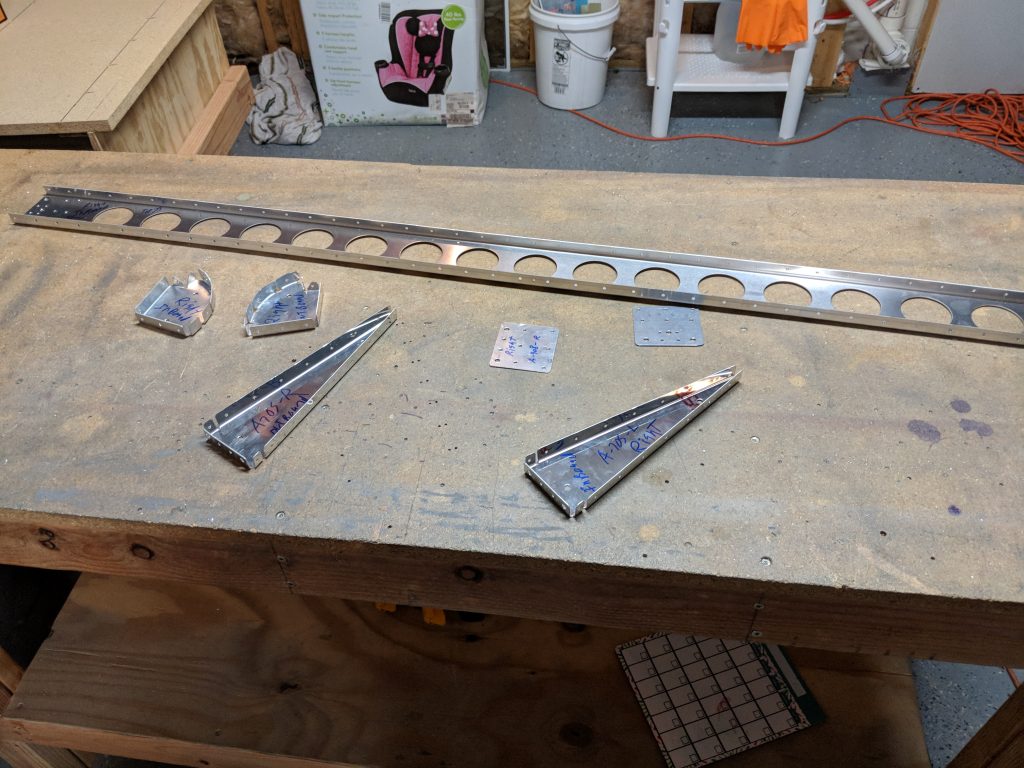 That wraps up tonights short work session. I am still working on a few things for my job, so I don’t want to sink to much time in to each nightly build session.  Hopefully that will change soon.