Tonight was just finishing up the metal prep work in advance of priming. I ended up getting all of the substructure dimpled and ready for cleaning and priming. I mostly used my DRDT2 to dimple the parts, since its so convenient and easy to use. But, it just won’t get in to some of the hard to reach holes around the corners of the parts and the noses of the ribs. So, I had to fire up the squeezer for those few remaining tight holes.

There were a few holes that were too close to even fit my squeezer, especially on the HS-706 rib. Luckily I had just the tool for that: 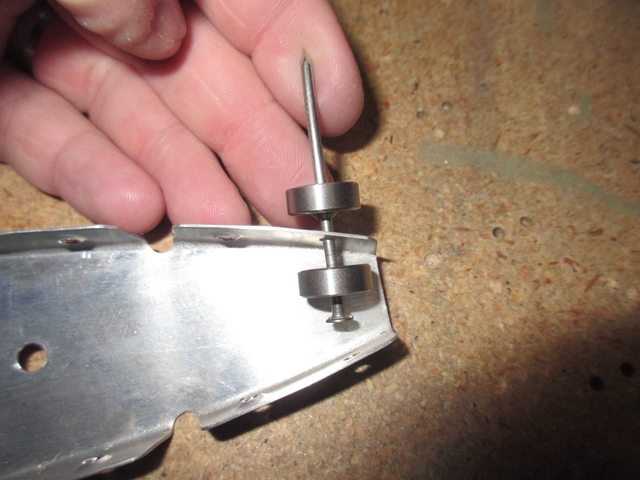 This pop-rivet dimple set worked very very well, and its worth every penny! I had never used one before, but figured it couldn’t be too bad, so I gave it a go without trying a test piece first. It took a few tries of starting out gently squeezing, and moving to progressively firmer squeezes with the pop-rivet tool, but after the first one I realized that the nail “mandrel” could take a good bit of pressure. I kept dropping in a AN4263-4 rivet to check the dimple to make sure I had it flush enough. After a few tries I learned how to have good results like this one on the first squeeze: 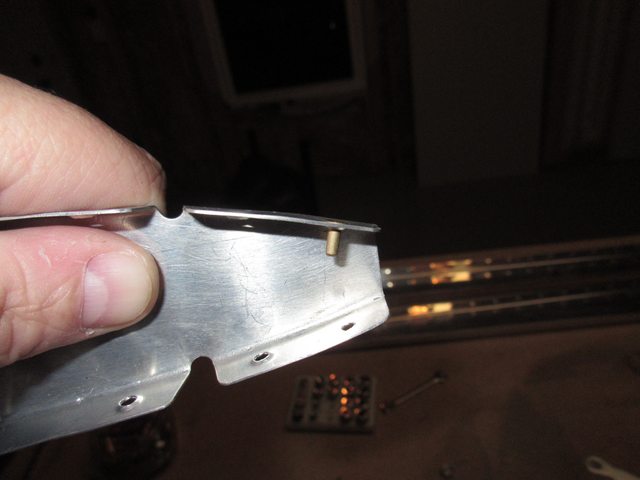 One foot note: While attempting to dimple the bottom flange on the rear spar, I realized I didn’t match drill the entire bottom flange, because my dimple die would not fit in the hole. Whoops 🙂 But it was an easy fix. I just re-clecoed the spar to its married skin, and matched drilled the holes. Then re-deburred the holes in the skin and spar, and proceeded to dimple as normal.

Not many photos from tonight since there isn’t a lot to capture during dimpling, but heres what I took: https://goo.gl/photos/XBrdgZvJTqFzhiGP7