I am kind of running out of tasks to do until the Alumaprep and Alodine get here.  I was able to get a little work done  tonight though, only about an hours worth.  The next step in the instructions tells us to match drill the A-704 nose ribs, fluting the widest tab as necessary.   Some of mine didn’t need much fluting and one did.  It’s a process of trial and error until you get just the right amount to bring the flanges back into alignment, using the skins as the guide.

Most of the holes in the nose rib are pre-punched, but there’s two holes that we need to back drill using the skin as a guide, once we have the flanges aligned.  I used some cleco side clamps to hold everything in alignment while I drilled. 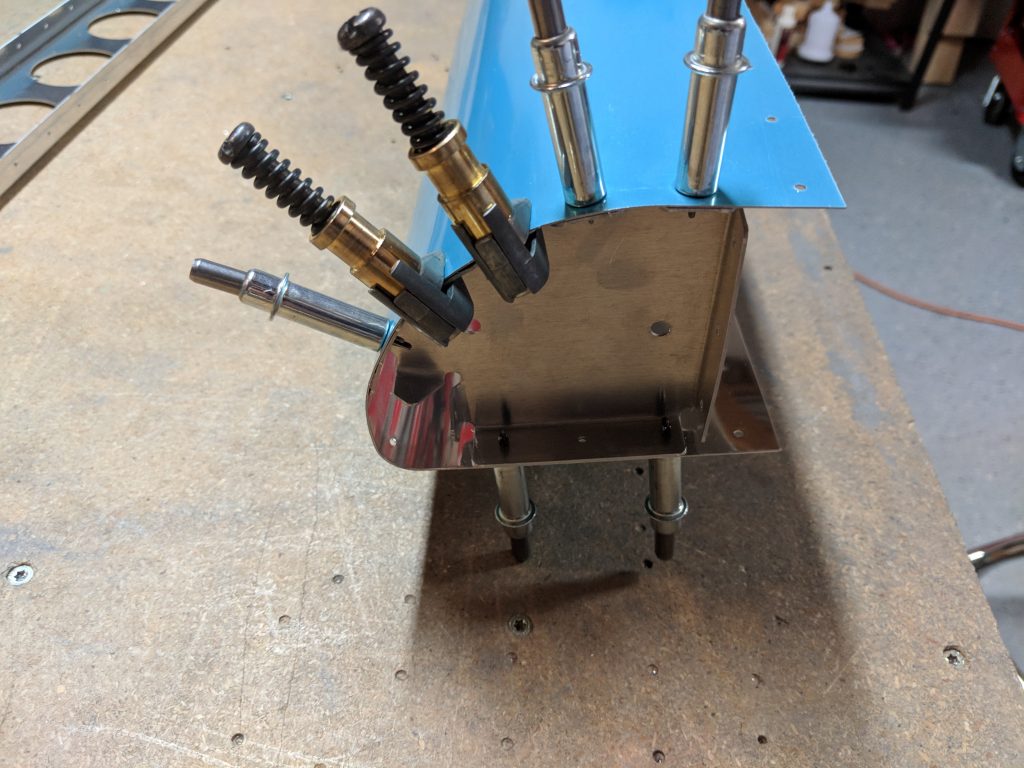 This is the same process on both the inboard and outboard nose ribs,  and I went ahead and did both the left and right ailerons. 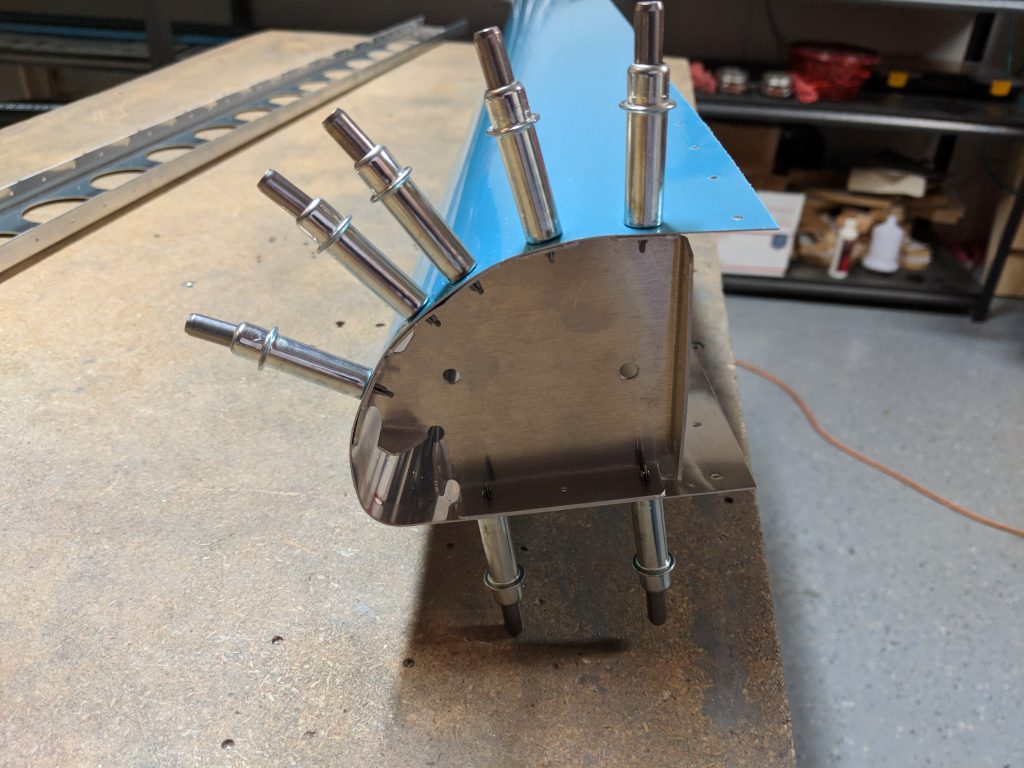 Next up was to match drill the A-705 end ribs to the spars.  The plans are pretty explicit in saying to make sure you have the proper one, as they are not symmetrical, so I double checked that the parts were in the right orientation, with the tooling holes towards the bottom of the aileron.  I clecoed the end ribs on, and match drilled all the #40 holes first. 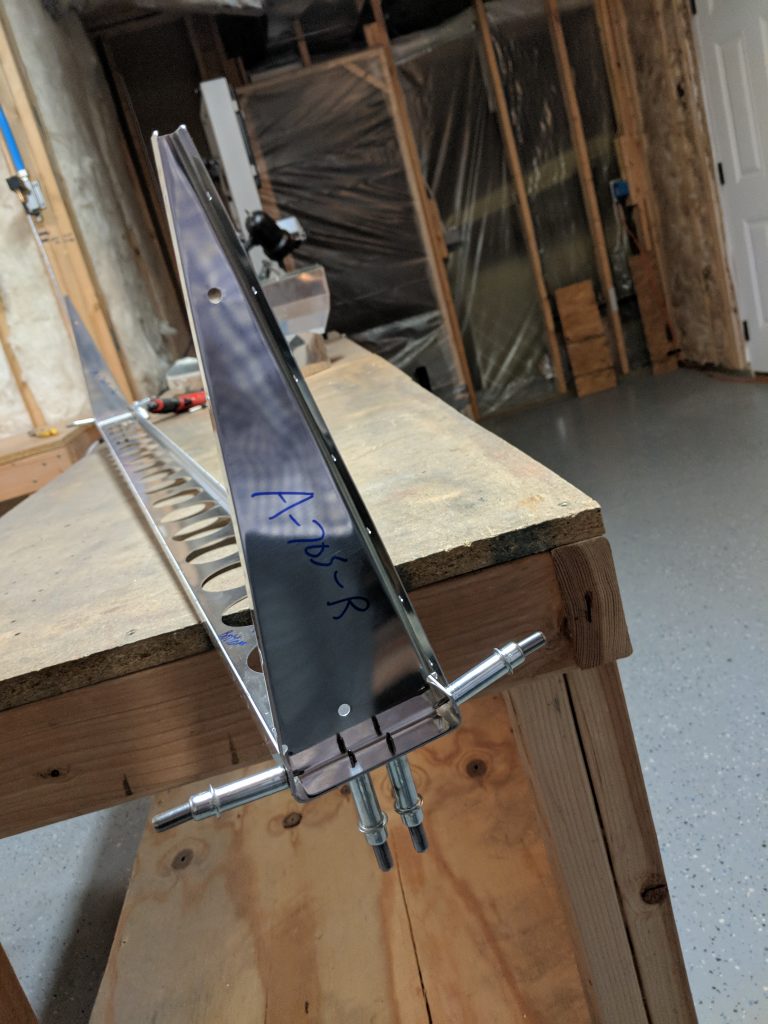 Lastly, I fired up the #12 drill bit, and back-drilled the bolt holes for the aileron mounting brackets into the end rib. I repeated this same process on the right aileron. 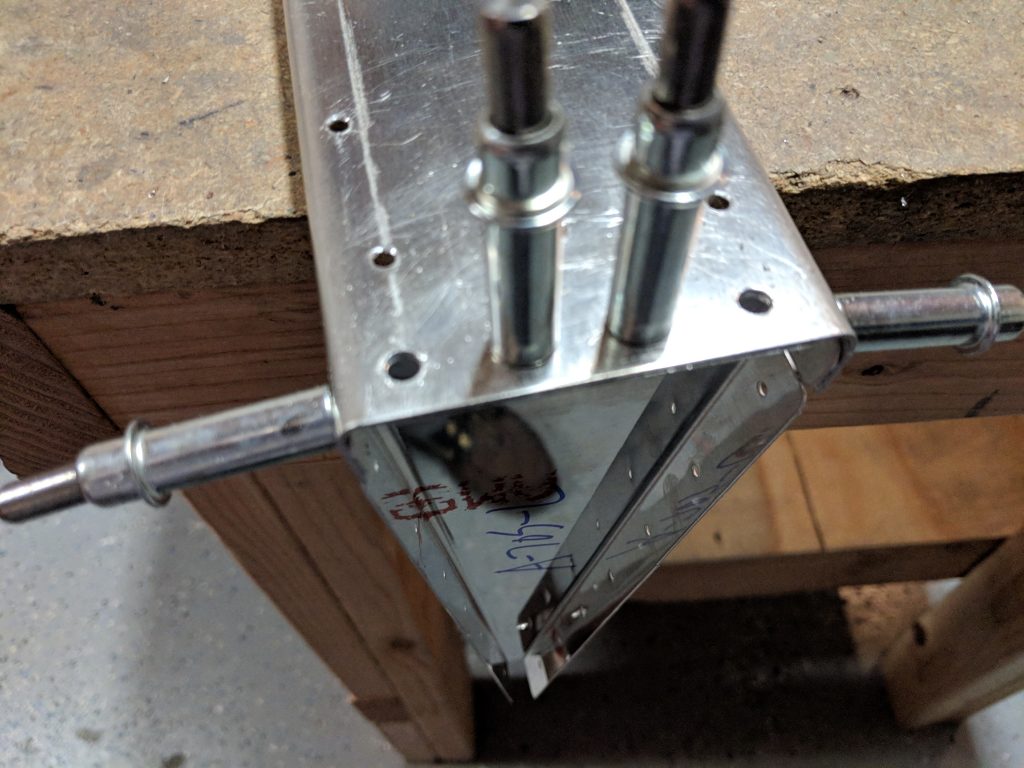 Once I had the nose ribs and end ribs done for both the left and right aileron, all that was left was to deburr the holes, which only took a few minutes.  I still need to deburr the edges on all the aileron parts, including the skins, but I think I will save that for another build session. Maybe that will be about the only thing I can do until the Alumaprep and Alodine get here.  Here’s all the photos from tonight:

2 Responses to Drilling the Aileron Nose Ribs and End Ribs