Final Assembly of the Rudder

Well, I had some downtime, and didn’t get much done on the plane since I sprayed the primer.  I wanted to let the parts sit and the primer cure for a few days, but I wasn’t planning on this long 🙂  None the less, I got back on the ball today, and got some work done.  I want to finish up the rudder to the point of riveting the trailing edge, and then I will hold off on the Proseal until I need it for the elevator stiffeners as well.  So, lets build a rudder skeleton!

The work started off by gathering up and marking all the parts for the rudder.  Some of the marks were covered up with the primer, so I needed to find all the parts again.  I also took a little time to read the plans and get re-familiar with the rudder.  I had already deburred the parts before priming, so I needed to dimple the skins, spar and ribs. This went pretty quick with the DRDT-2, and using the pop-rivet dimple die tool to get the very end of the ribs.  I am still not sure how the heck I am going to rivet those things.

With all the parts deburred, dimpled, primed and ready to assemble, I began the work of final assembly on the rudder skeleton.  We start out  by riveting all of the reinforcement plates, R606PP, R607PP, and R608PP to the rudder spar R902. I also riveted on the K1000-6 nut plates to the proper sides of the rear spar.  I decided to leave these unpainted, since they have corrosion protection already applied. 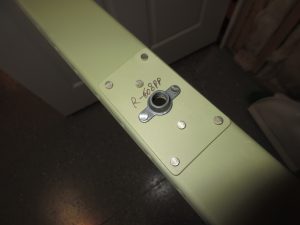 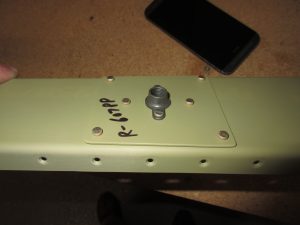 Once the reinforcement plates are riveted on, I moved towards the bottom of the rudder and worked on the lower rib and rudder horn.  The R-904 has several different pieces that all fit together on the spar to form the lower assembly.  I attached the R-904 to the R-902 rear spar, fitted the R-917 shim, and finally fitted the R-405PD rudder horn with clecos.  Then I attached the K1000-6 plate nut to the assembly and riveted everything together.  There are several different lengths of rivets in this section, so I had to pay close attention and double check each rivet before setting it. 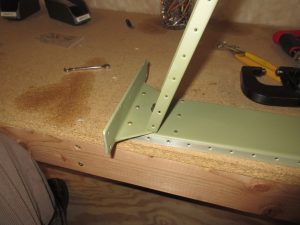 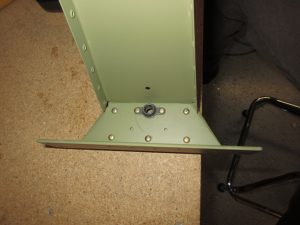 Now that the bottom of the skelton was done, I moved on to finish the top. Vans has us rivet the R-912 counterbalance rib to the rear spar, and then fit the R-913 counterbalance skin over the rib.  I attached the skin with clecos due to its thickness and the complex curve it has.  Then once I was happy the counterbalance skin was fitted nicely, I removed one cleco at a time and riveted it in place. It came out looking great! 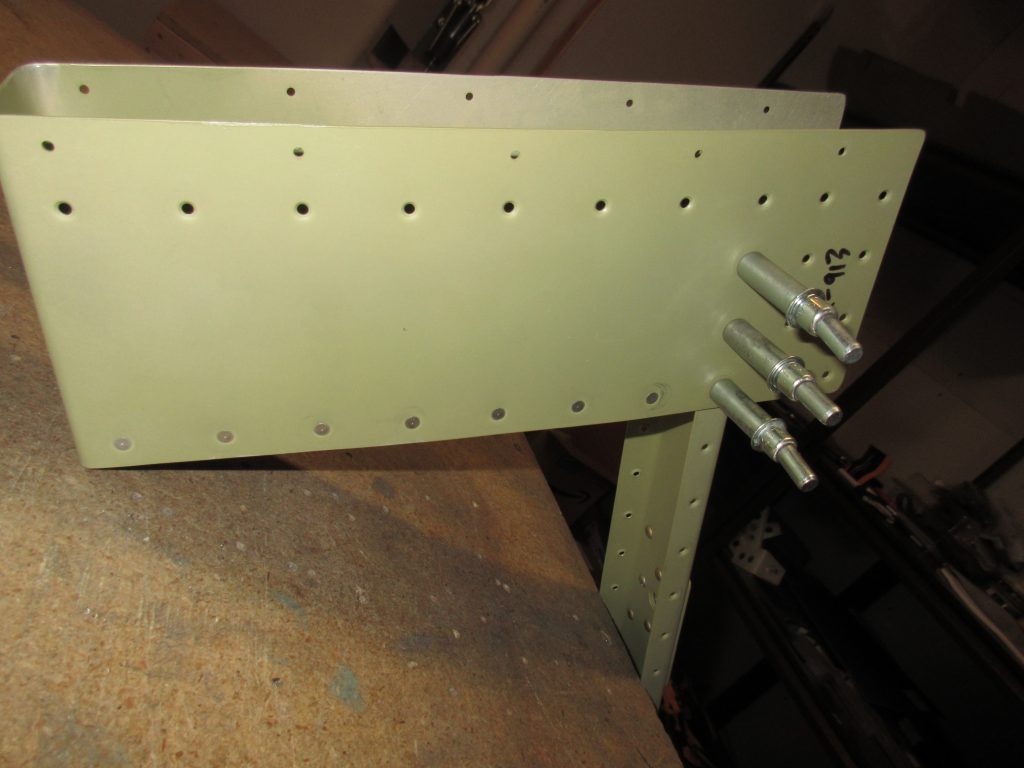 The last step on this skeleton was to install the lead counterbalance weight.  I had pre-drilled and countersunk it a few weeks ago, but I still needed to do a little trimming to get the counterweight to fit around the rivet tails that were now sticking inside the skeleton.  I didn’t have to remove much material, so the balance shouldn’t be affected.  Then I secured the weight with the AN509 screws and torqued them down to 30 inch/lbs.  This is the 25 inch/lbs that is called for, plus the drag of the nylon lock nut, which I measured at about 5 inch/lbs.  I followed that up with a little torque seal to mark that I had them torqued, and also to show in case the screws start to work loose. 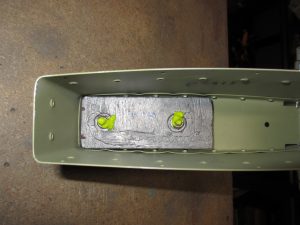 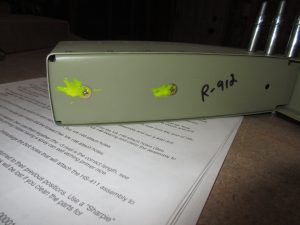 Heres all the photos from tonights work:

And the Google Photos link: https://goo.gl/photos/SRSXVZCsuYNEQqeY6