Tonight was pretty much the same as last night.  I wanted to get the right wing skins match drilled so I can move on to something a little less repetitive.  Just like the left wing, I match drilled the top skins moved the clecos and then reamed those holes.  I had to remove the bottom skin from the left wing so I would have some cleco’s left to work with, so while I had the bottom skins off both wings, I went ahead and torqued the tie-down mounts to the proper value and applied some torque seal. 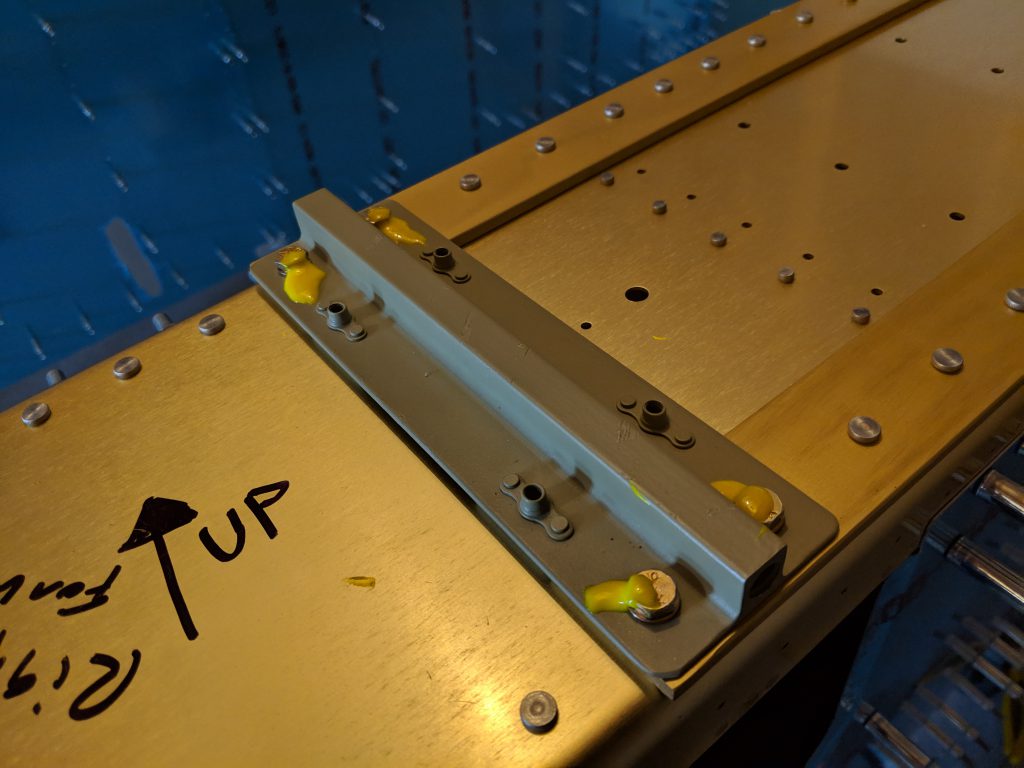 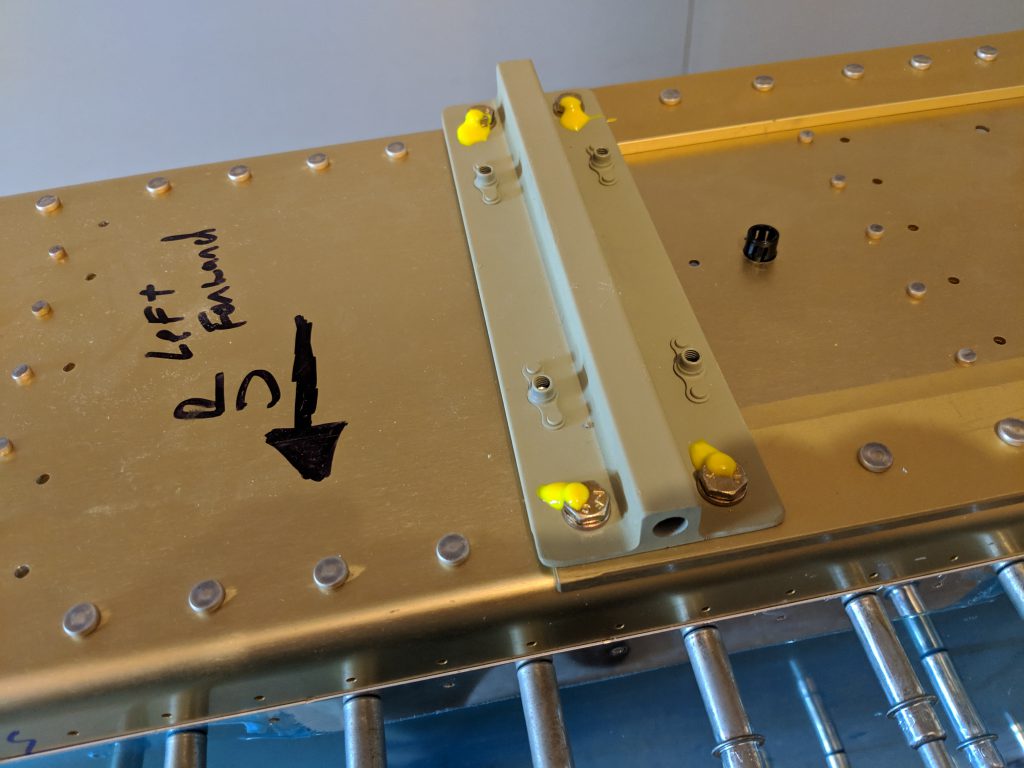 I had to read up in Section 5.20 of the plans to see that the AN3 bolt and locking nut calls for 28 inch-pounds of torque.  I used my beam wrench to find the drag of the nylon nut to be about 5 in/lbs, so I added that to the spec’ed value to come up with a final value of about 33 inch-lbs.  I then snugged all the nuts down to the required 33 inch-lbs and layered on some torque-seal (Cross-Check brand) so I’d know if they ever back off.  I did both the left and right wings, on both sides of the bolts. 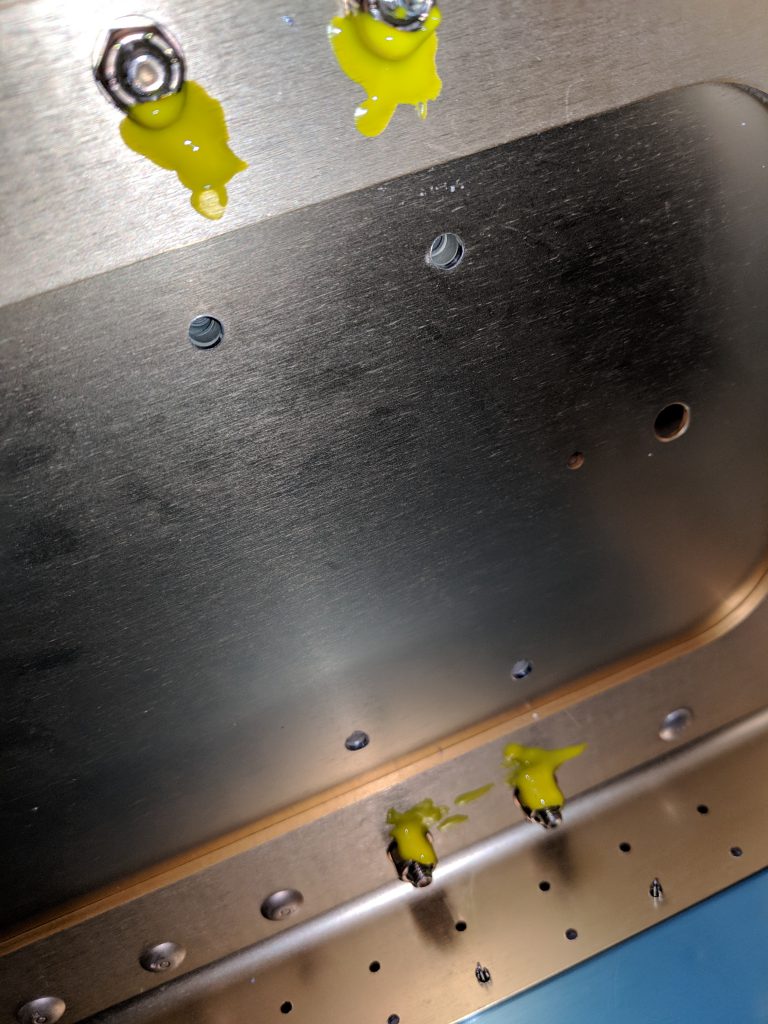 I know there are guys out there that make this stuff look so nice and neat when they apply it.  I can never get it that neat! But, I guess it’ll do its job of telling me when the bolt looses torque. Then I cleco’d on the bottom skin for the right wing and reamed the holes to the proper size, moved all the clecos down a hole (actually my wife helped me to that!) and then reamed those holes.  The wing skins are now match drilled; Left and right wings, top and bottom! 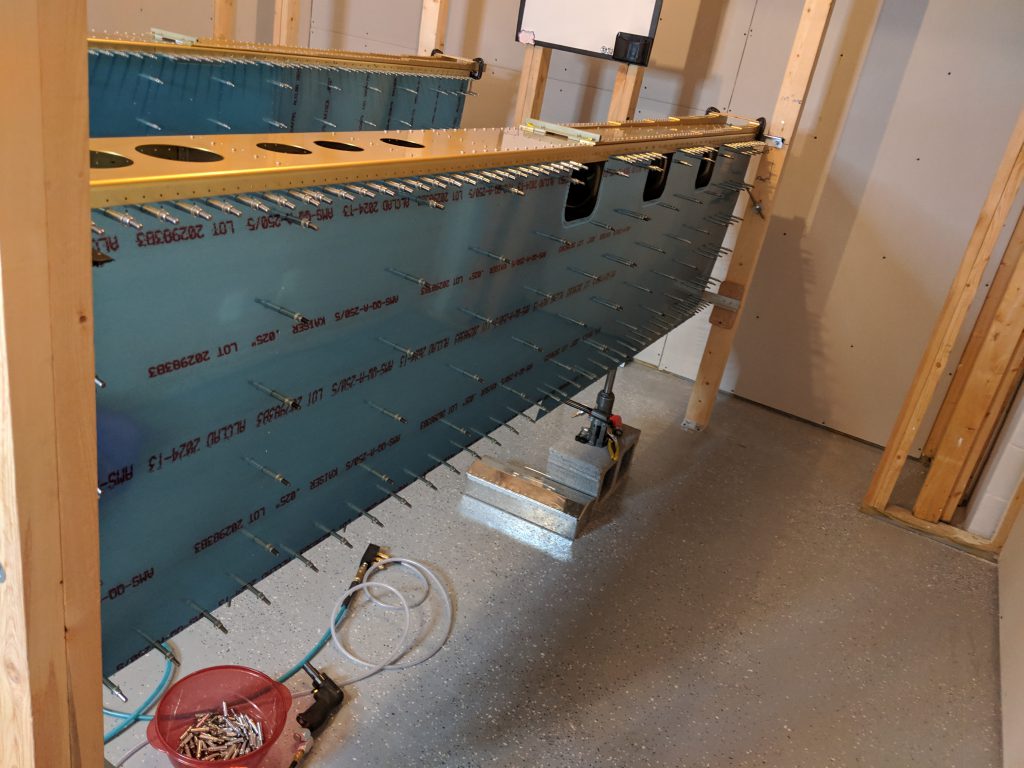 Reading in the plans shows its time to start working on the leading edge! I need to fabricate a leading edge cradle, that gets used to help hold the leading edge skins, as well as the tank skins when you are working on them. The plan only calls for one, but I am going to make two because they will come in handy when I am working on the tanks. I rummaged through scrap wood pile in the garage and came up with some plywood that I decided to use.  Here is how the plans calls us to build the cradle 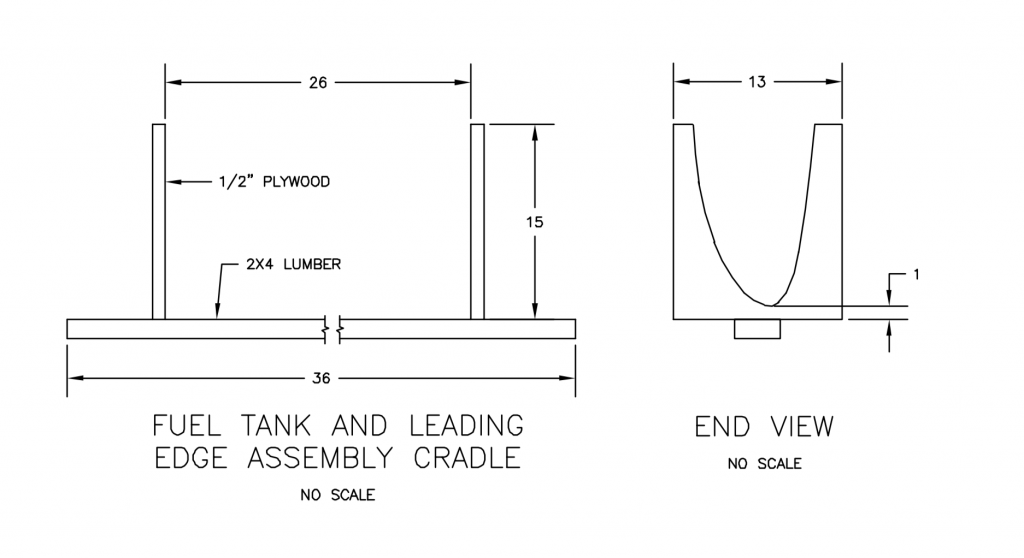 So I cut up a few boards and called it a night.  I’ll finish the cradle tomorrow night and start on the leading edges! 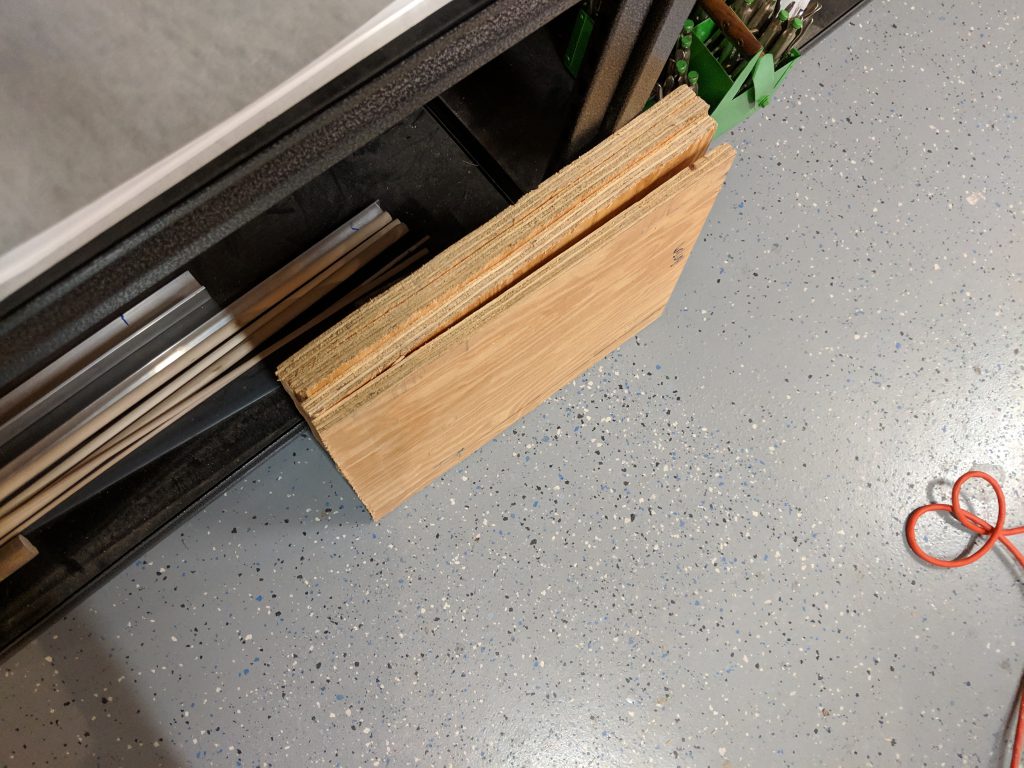 I also did a live stream, but the audio was pretty horrible.  At least it will show that I am the guy doing all the work 🙂