After being out of town for a week, I wanted to get some work done on the build today, and then spend some time doing some stuff for work that I need to get done as well. My goal is to get this right flap completely finished up over this weekend, so I can start working on the ailerons next.  I started off by ritveting the FL-706A to the spar and then riveting FL-706B to the FL-704 end rib.  I used my squeezer to set these rivets. 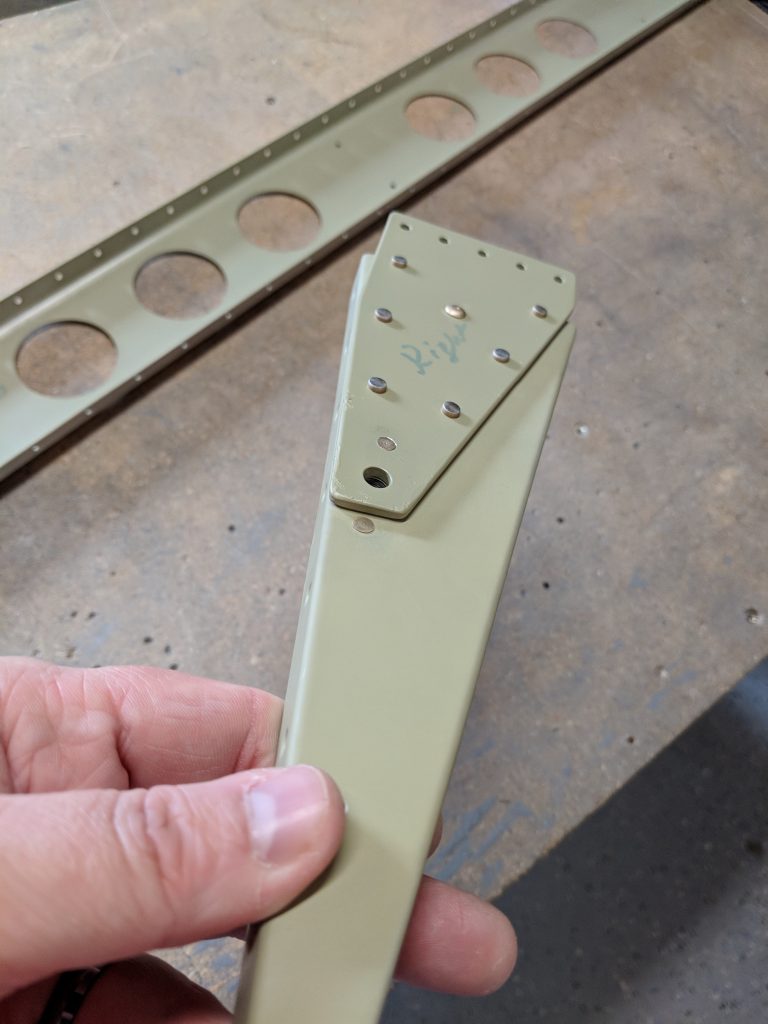 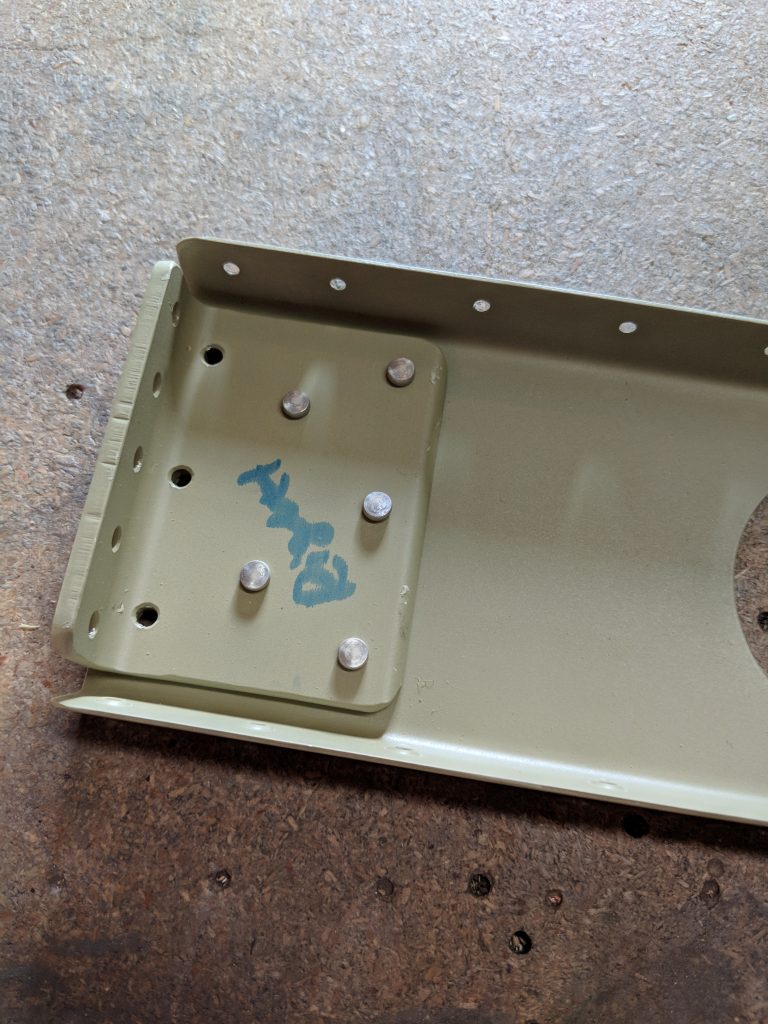 Then it was time to assemble the skeleton one last time and start riveting it up.  I built the skeleton with the main spar attached to make sure everything was aligned, and then I removed it before I put it in the V-block for final riveting. But before that, I had to rivet these few spots on the very end of the ribs to the rear spar, making sure I included the shims.  The squeezer made quick work of these guys. 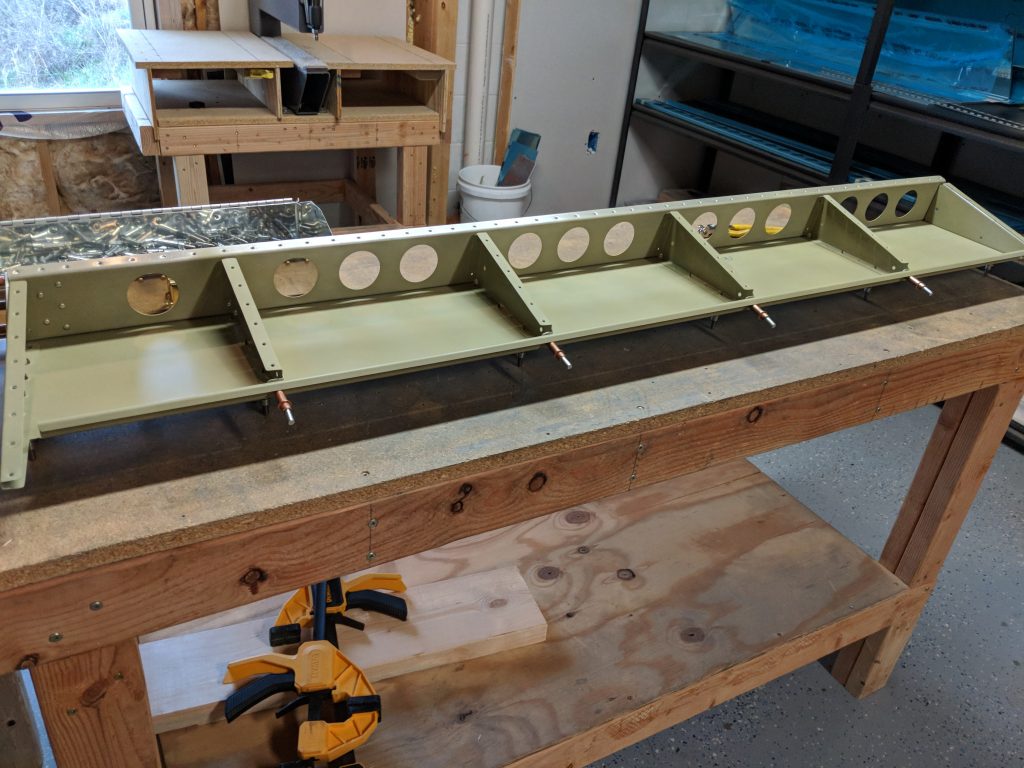 I then rolled a couple of the edges of the skins where they overlap to make a nice lap joint, and then fitted the top skin over the skeleton, and put the assembled flap into my V-blocks.  From here, I cleco’ed every other hole on all the ribs, and along the trailing edge where the two skins overlap and join together.  Once I was happy everything was clecoed together, I removed the spar so I could fit my arms down inside to do buck the rivets. 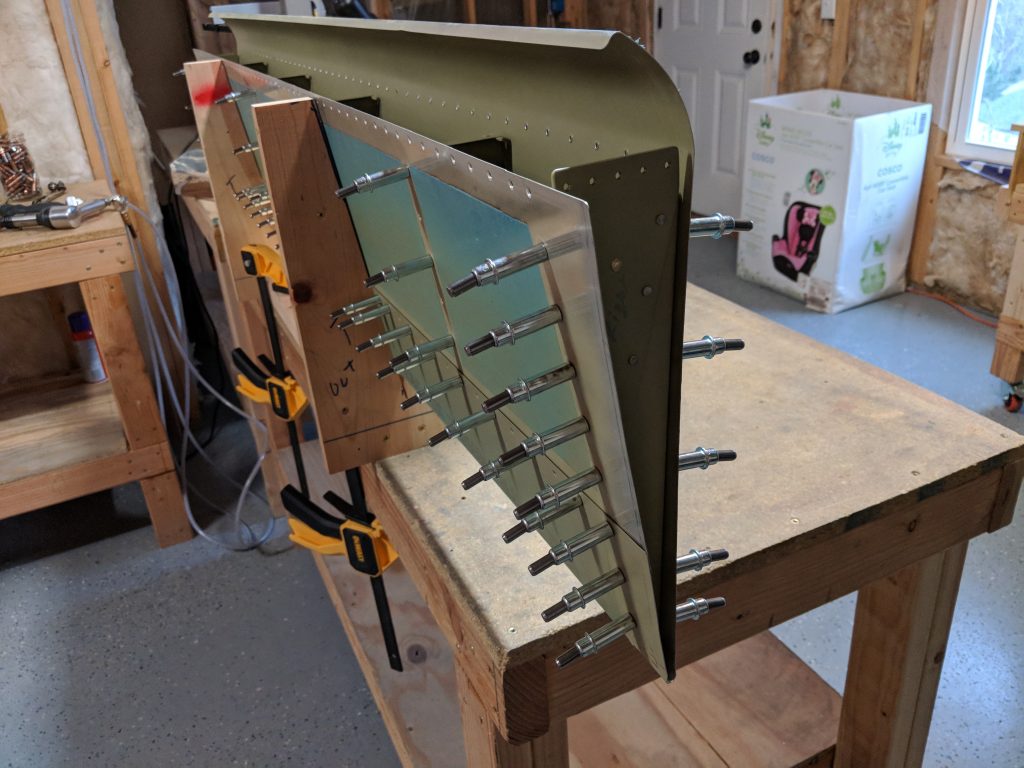 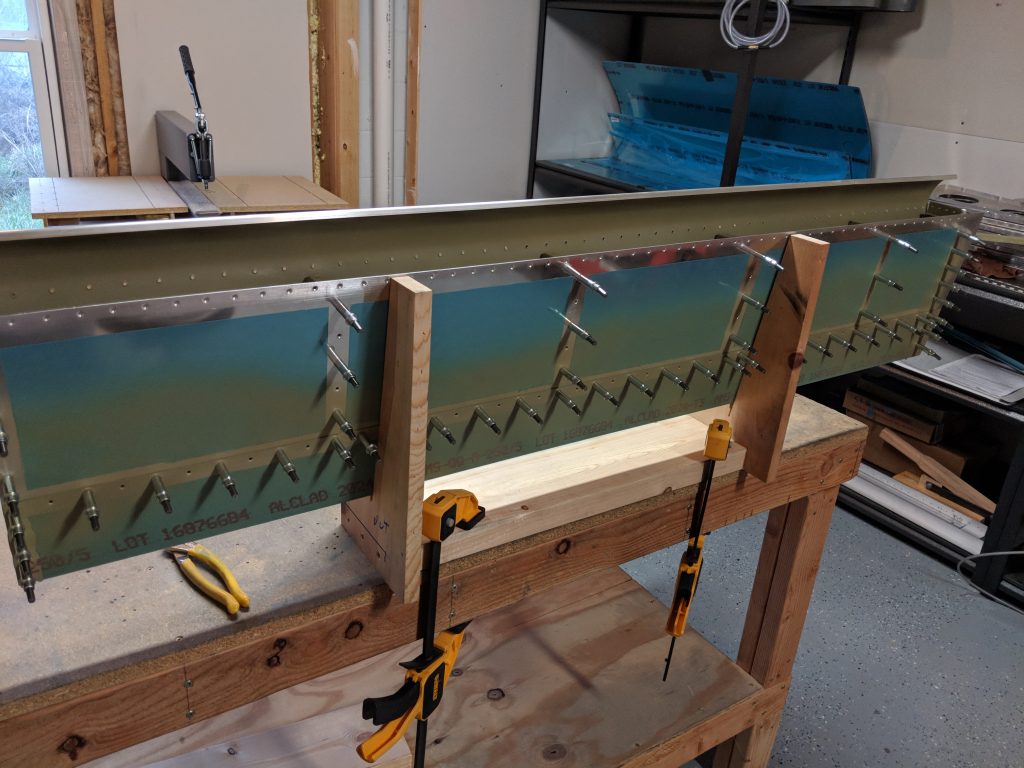 After clamping down the V-blocks to my bench to make a sturdy work surface, I started riveting along the lower line where the top and bottom skins lap over each other.  Like I did on the left flap, I used a 3″ yoke as a bucking bar to set these rivets, since they are in a tight spot.  I started in the center and then worked my way out to the ends of the flap to get good straight joint.  Once that line of rivets were all done, I then moved on to the internal ribs and riveted them to the bottom skin, working my way from the center out. Eventually I had all the internal ribs riveted to the bottom skin, and it was time to move on to the end ribs.

I had to buck the rivets on the inboard end rib, no biggie, but there were a couple that were hard to get to, but after some contorting, I managed to get them. The outboard end rib I was able to set using my squeezer, so they were a breeze and turned out perfect.   The very trailing edge holes Vans calls for pulled rivets (MK-319-BS) due to not being able to get to them.  I went ahead and set these 4 rivets on both the top and bottom of the rib, and then decided to call it a day.  That was a solid 3 hours of work. 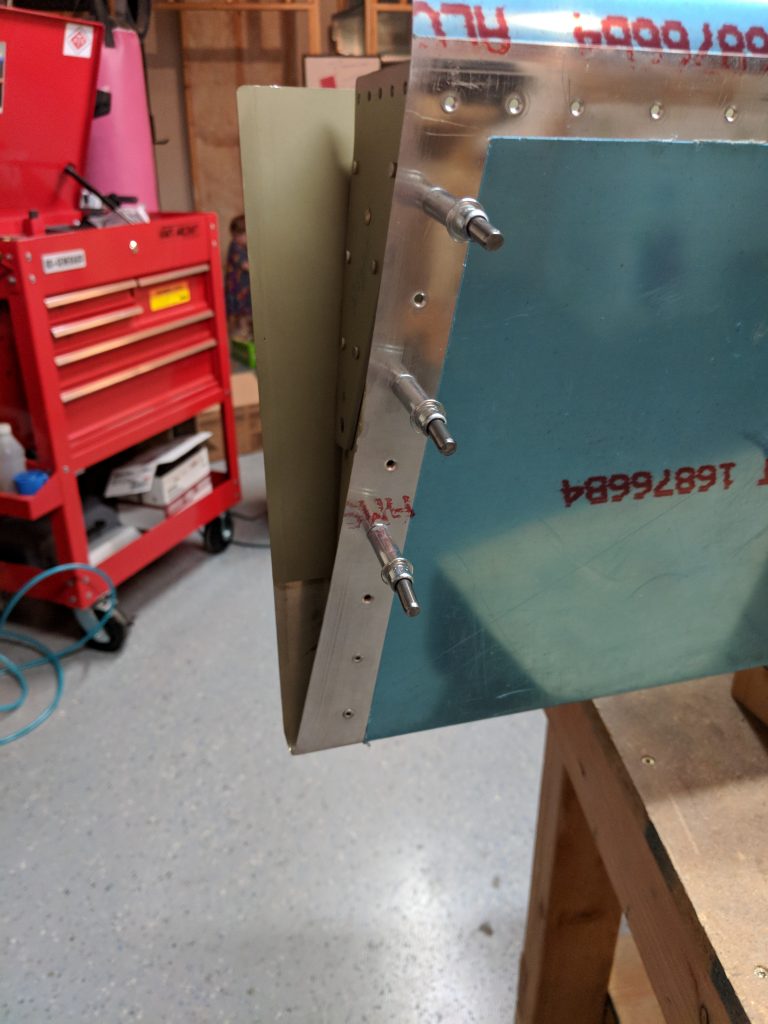 I was able to fully rivet the bottom side of the flap today.  I still need to rivet the top skin and then rivet on the main spar, but I’ll save that for another work session, possibly tomorrow.  I’d say its maybe an hour or 2 of work to get it fully completed.  I still need to figure out what I am going to do about the tight space for the pulled rivets where FL-706A and FL-706B rivet together.  I will probably have to grind down an old pop rivet tool or something.  We’ll see.  Heres the photos for tonights work: