Tammy helped me rivet the right wing top skins tonight! We had a sitter at Nana’s house, so we went down and got the last portion of two-person riveting done tonight.  I captured the entire work session in timelapse, hers those videos:

Closer view of the riveting process:

We left the leading edge portion of the skins until after the ribs were done, followed that up by riveting the lap joint to make sure the skin stayed nice and tight.  Finally, we finished it up by squeezing the rivets on the rear spar – to – skin, making sure to not miss the spots that had longer rivets due to the doublers.  It came out very nice! 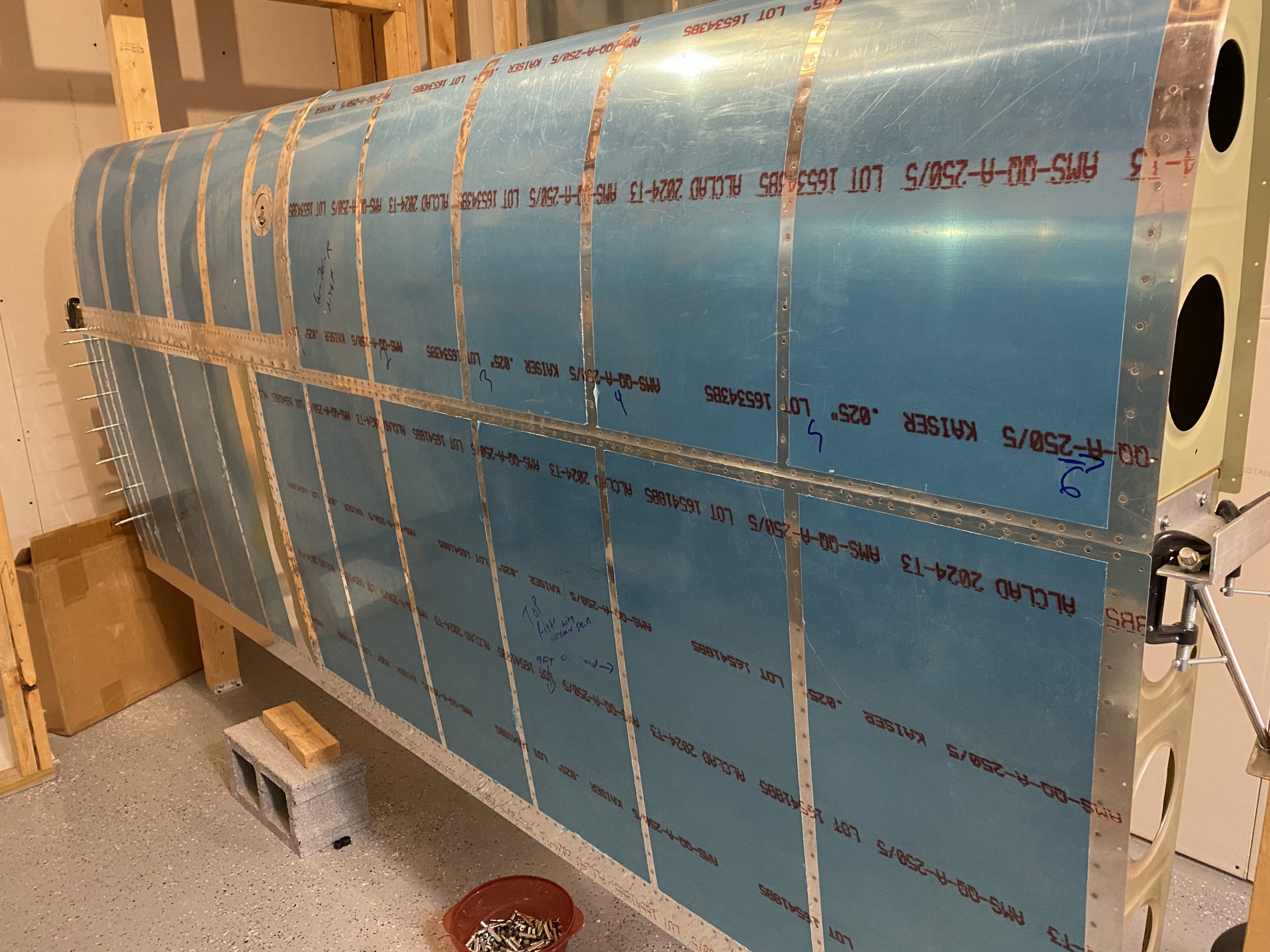 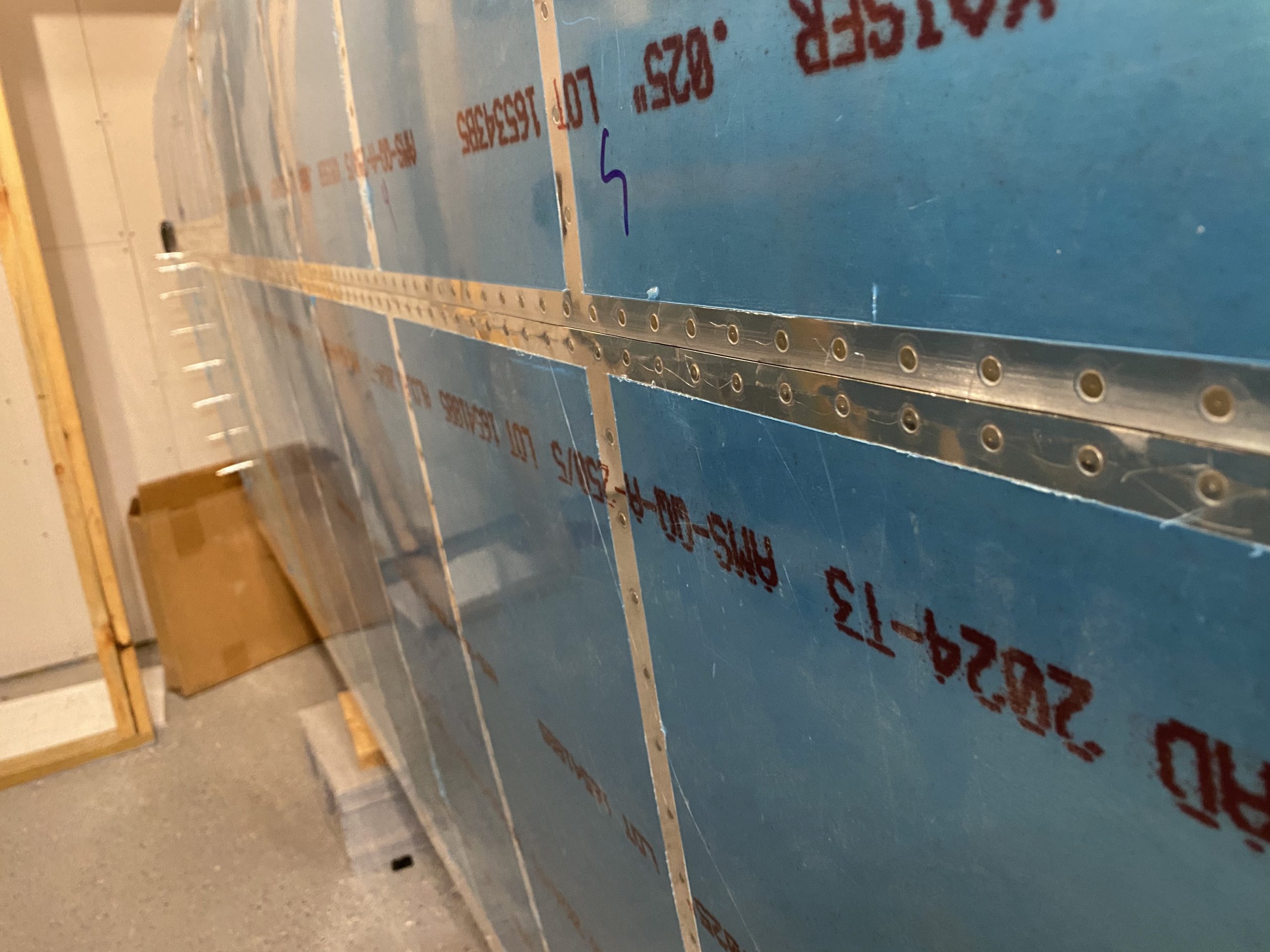 Across both wings, we only have 3 rivets to drill out and reset, so thats REALLY GOOD!  We made sure to mark them with sharpie, and I’ll drill them out this weekend and have her help me rebuck them. 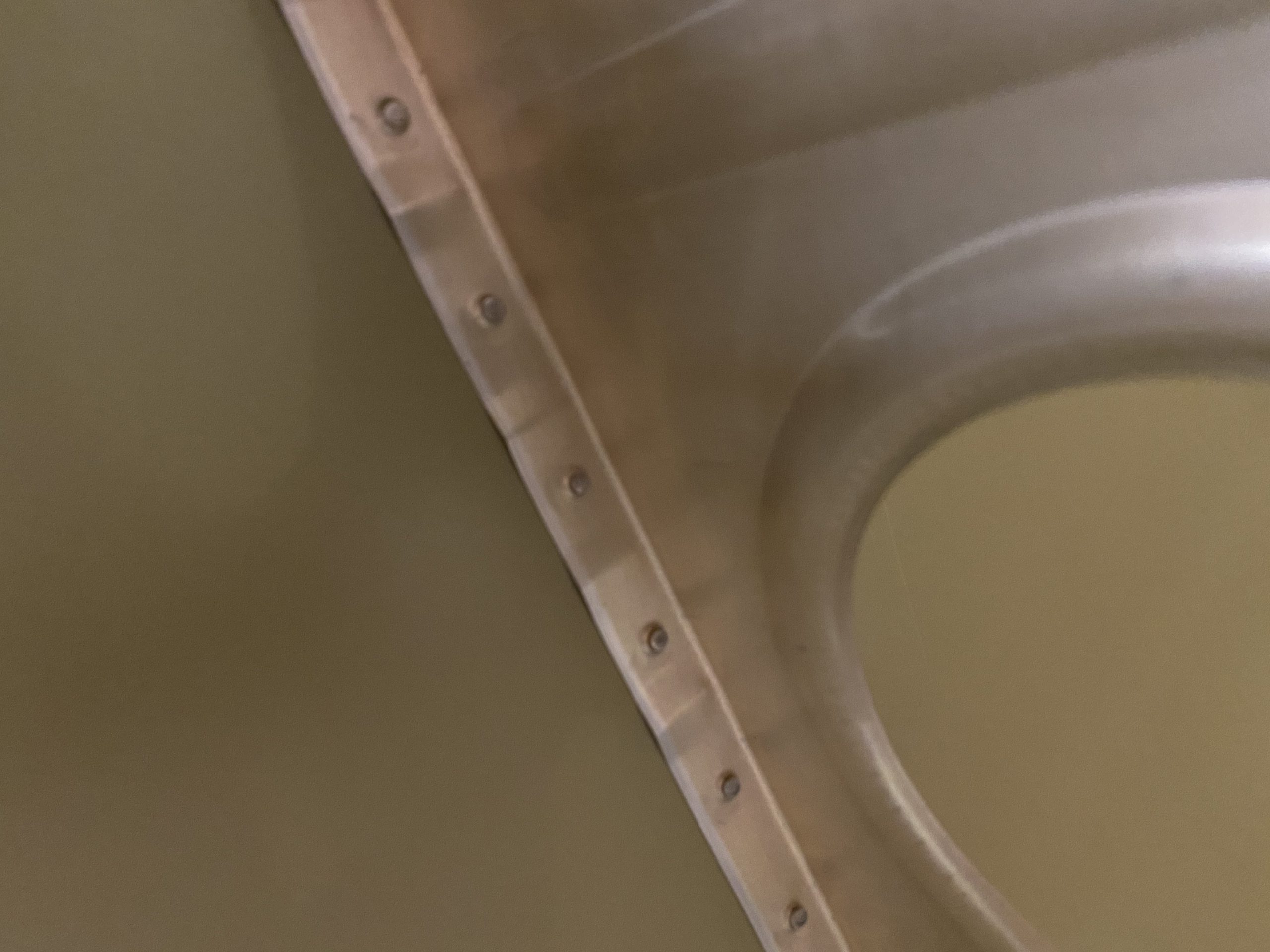 After that, I cleaned up the shop, and then removed the wing stand brackets on the rear spar as they aren’t needed anymore, and they need to come off so I can rivet the aileron brackets.  We have two partially skinned wings! 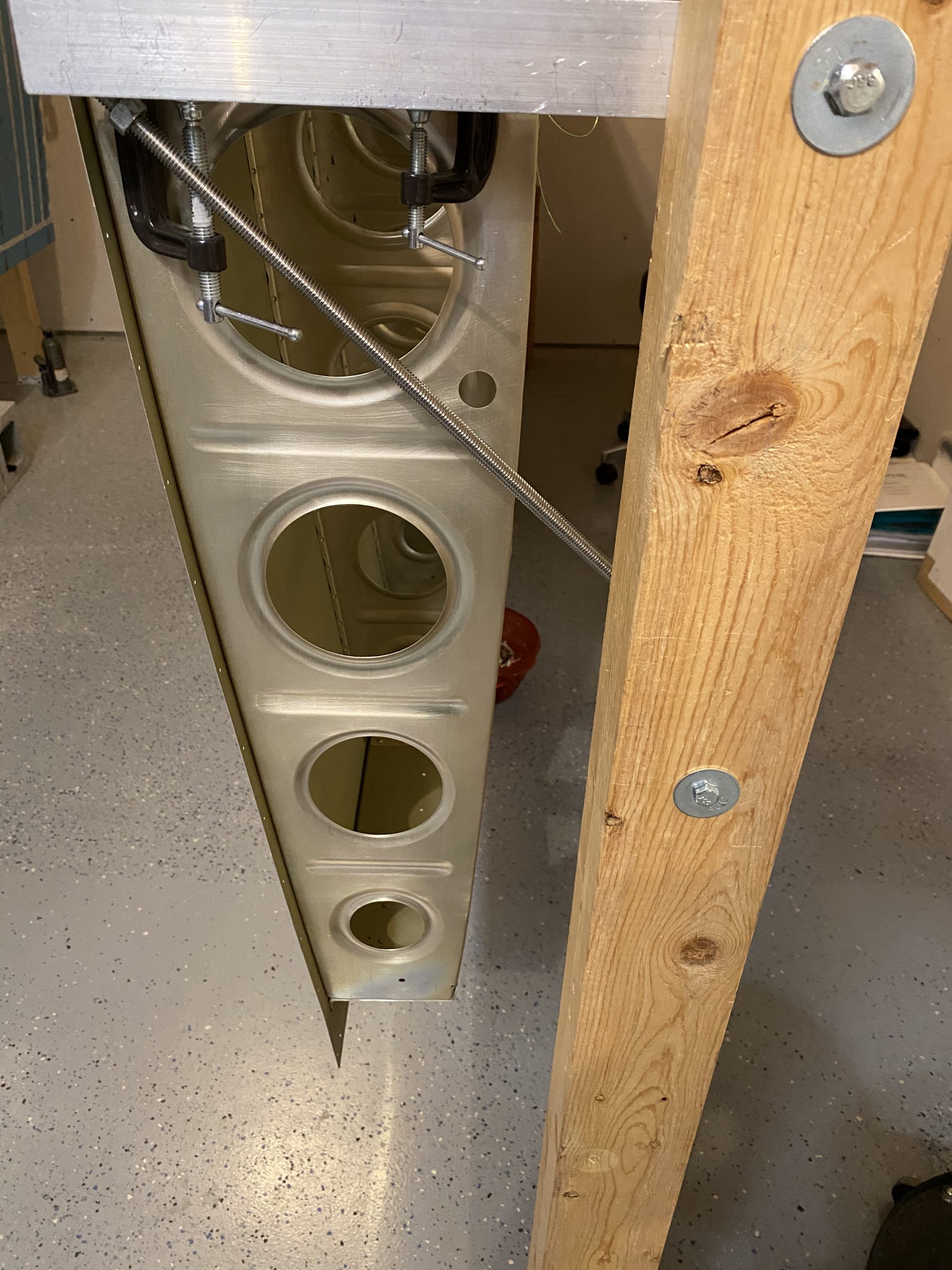 Thats it for this session! I am planning on doing a large priming session this weekend for the bottom skins, flap braces, and aileron seals and brackets.   Really happy to have made this huge milestone on the wings! they are both officially ready to come out of the jigs and into the cradle.