Its time.  Time to start working with this sticky, smelly, nasty sealant again.  I have not really been looking forward to this, but it has to be done.  My right tank has been scuffed and semi-cleaned in the last couple of build sessions, so I wanted to give it another quick scuff and clean it really well with MEK to get a good bond with proseal.  After I had the skin all cleaned and scuffed, I did the same to the stiffeners.  I pulled a big scoop of AN426AD3-3.5 rivets and put them in a glass jar with some MEL to soak off any manufacturing residue.  I’d give them a shake every now and again to agitate them around.

Next up was to mask off the area to help make clean up easier.  Plan old masking tape worked good for this, and I left enough room for the filet around the stiffeners. 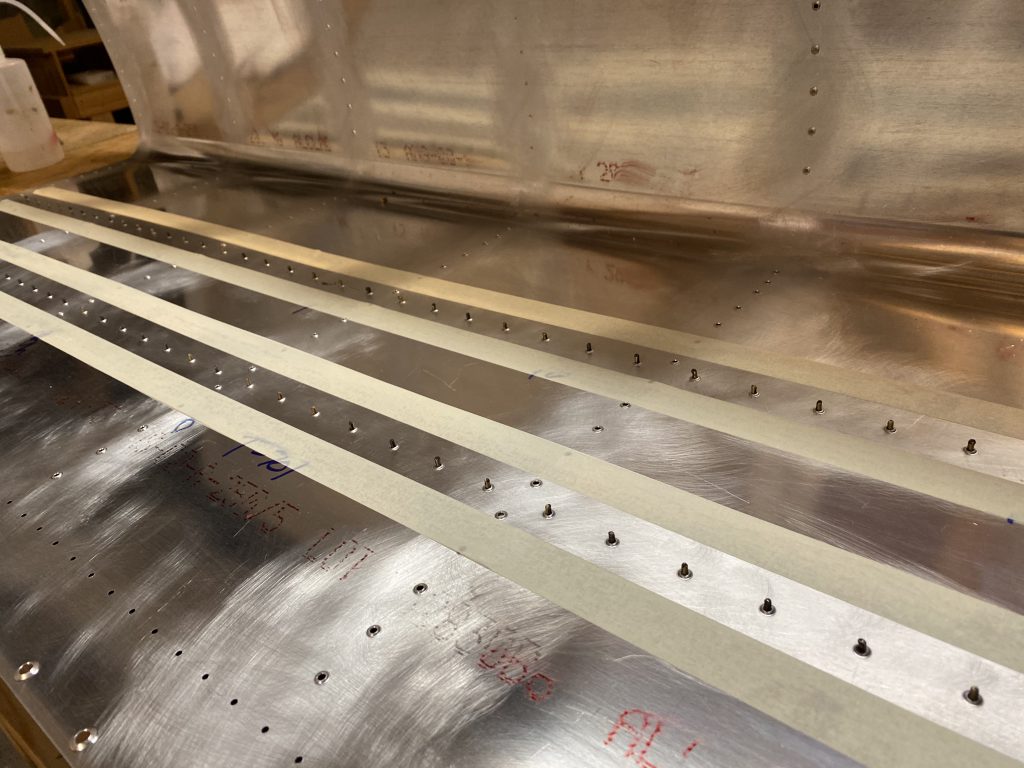 I mixed up a batch of proseal, using the 10-1 ratio.  I mixed 120 grams of one part and 12 of the other, and then made sure it was all nicely mixed together.  I dabbed. little bit of sealant into each dimple to help seal the tanks, which made a big mess, especially trying to put rivets in there. 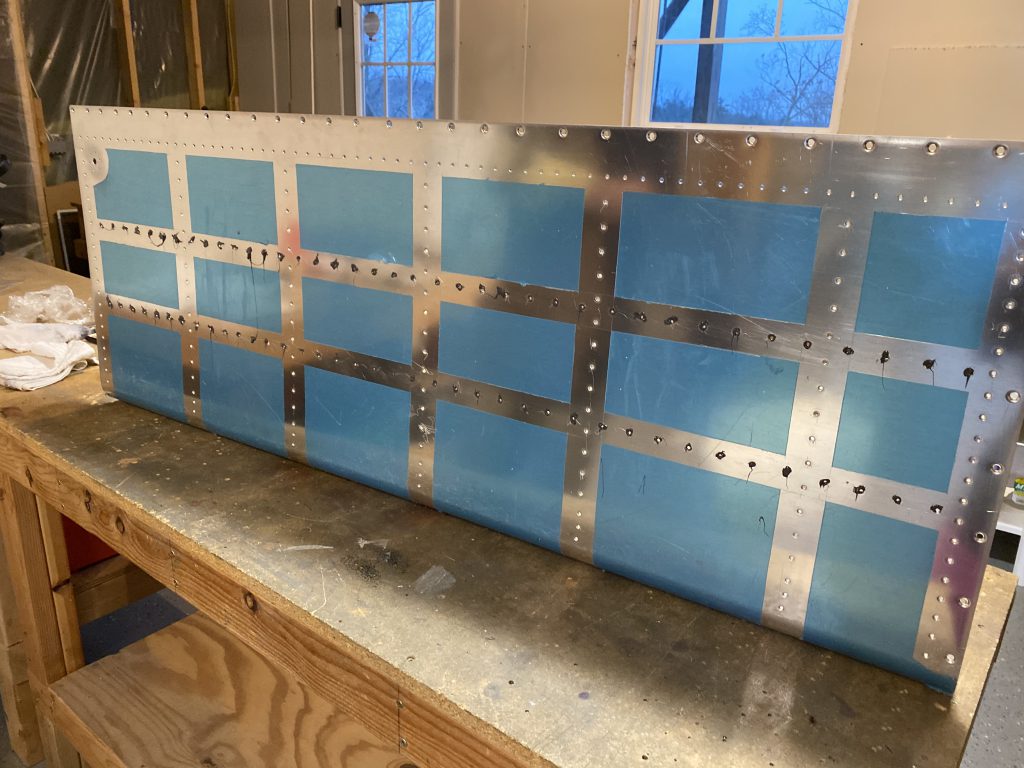 Eventually I managed to get a rivet into each hole, making a hell of a sticky mess.  I double gloved so I could switch out my gloves easily.  Once I had a rivet in each hole, I slapped on some masking tape to act as back rivet tape. 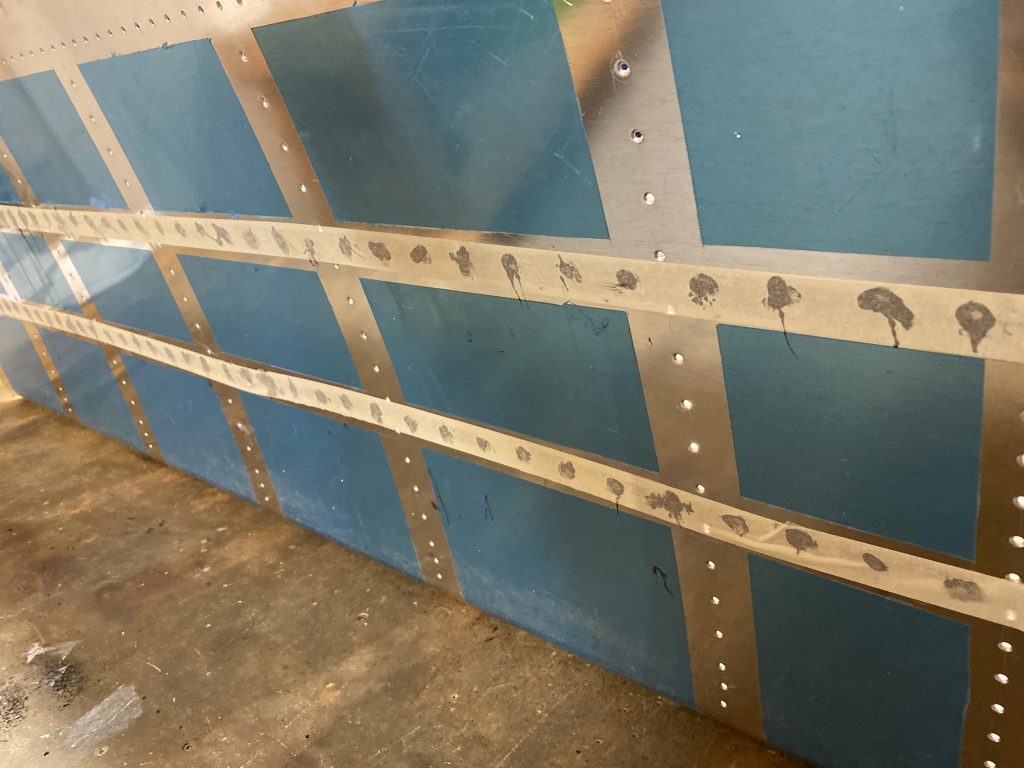 Now it was time to smear on the sealant on the inside of the skins.  I used a cheap paint brush, about 1/2″ wide, and I cut the bristles down very short to make spreading this thick goo easier.  I did not get any pics of this, because I was an utter mess, gloves covered in this stuff, and I didn’t want to get it on my phone. Once i had a good covering of sealant where the stiffeners go, I placed them over the rivets and pressed them into place.  I pulled out my back rivet plate, positioned it under the stiffener and used a back rivet set on my rivet gun to set the rivets.  I had to work a little fast here because my sealant was starting to harden, and I am inexperienced so I didn’t get many pics.

After I had all the rivets set, I came back over with some popcicle sticks and formed my filets around the stiffener edges, and used the extra sealant I scooped up in this process for the little dabs that covered the rivet tails. This was super messy.  I think I used a little too much sealant! hah. 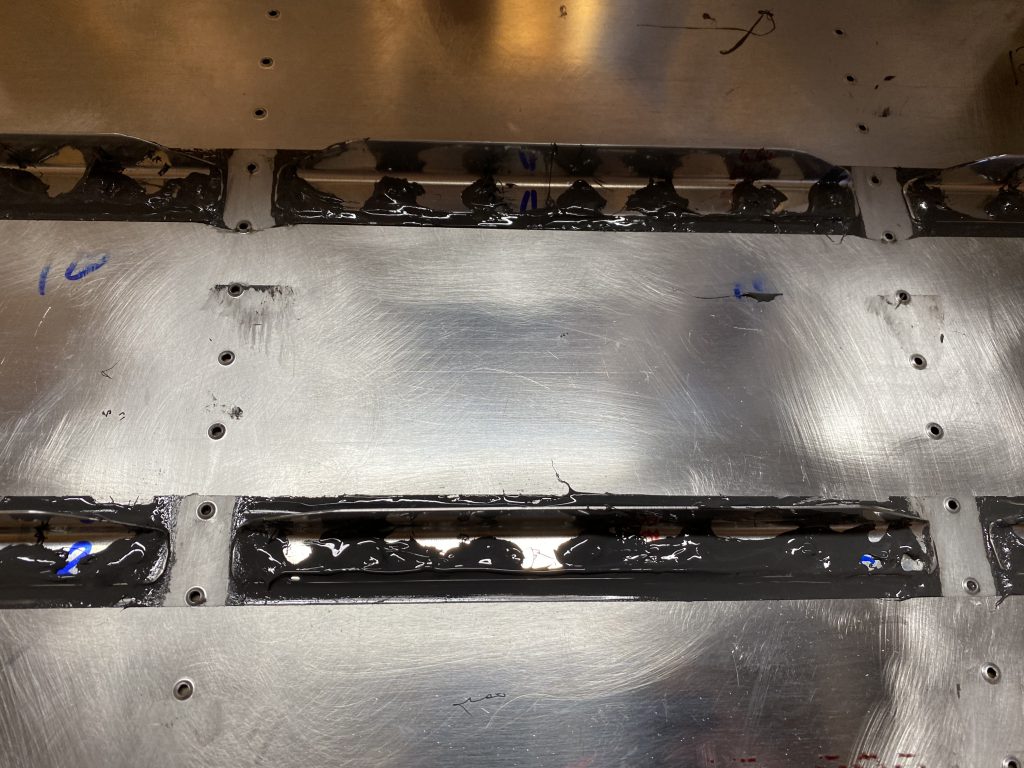 The pic above is after I pulled the masking tape off, during clean up.  Like I mentioned, my gloves were covered in this stuff, I didn’t want to chance getting it on my phone.  But, even though this was my first time, and I spent more time on it that most people, I think it came out OK.  I am just hoping its sealed up nice and tight, and I wont know until I do some pressure testing.  I pulled the rivet tape of the outside of the skin, and cleaned up the excess sealant with some MEK.  MEK really does a good job of cleaning this stuff up. 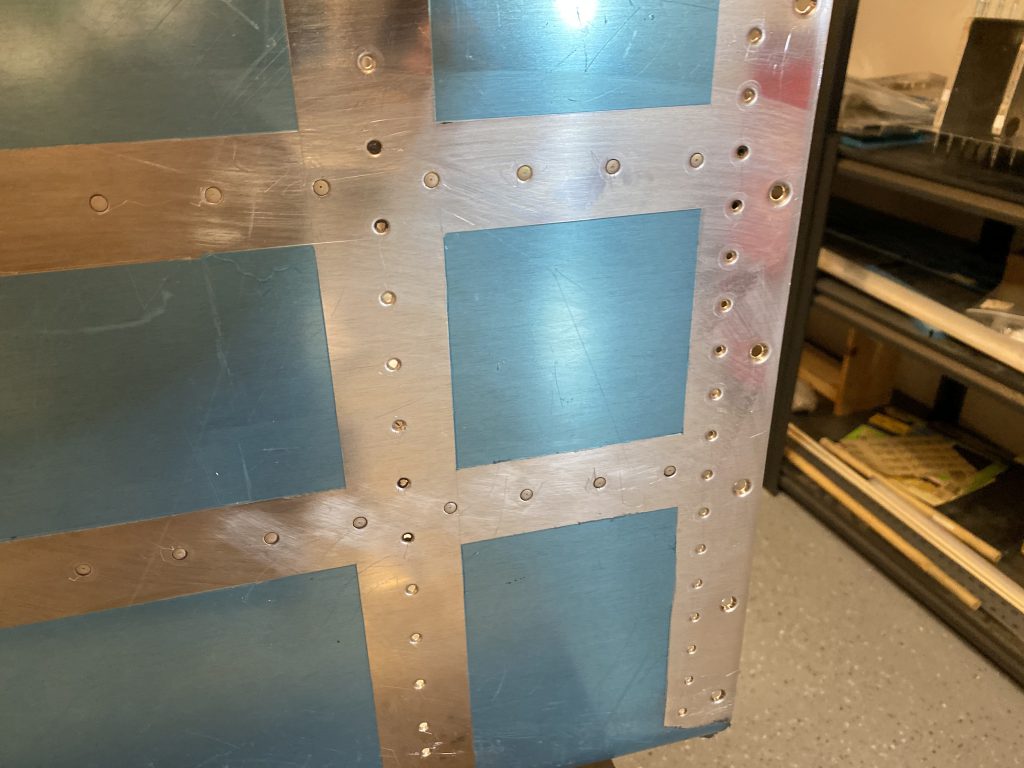 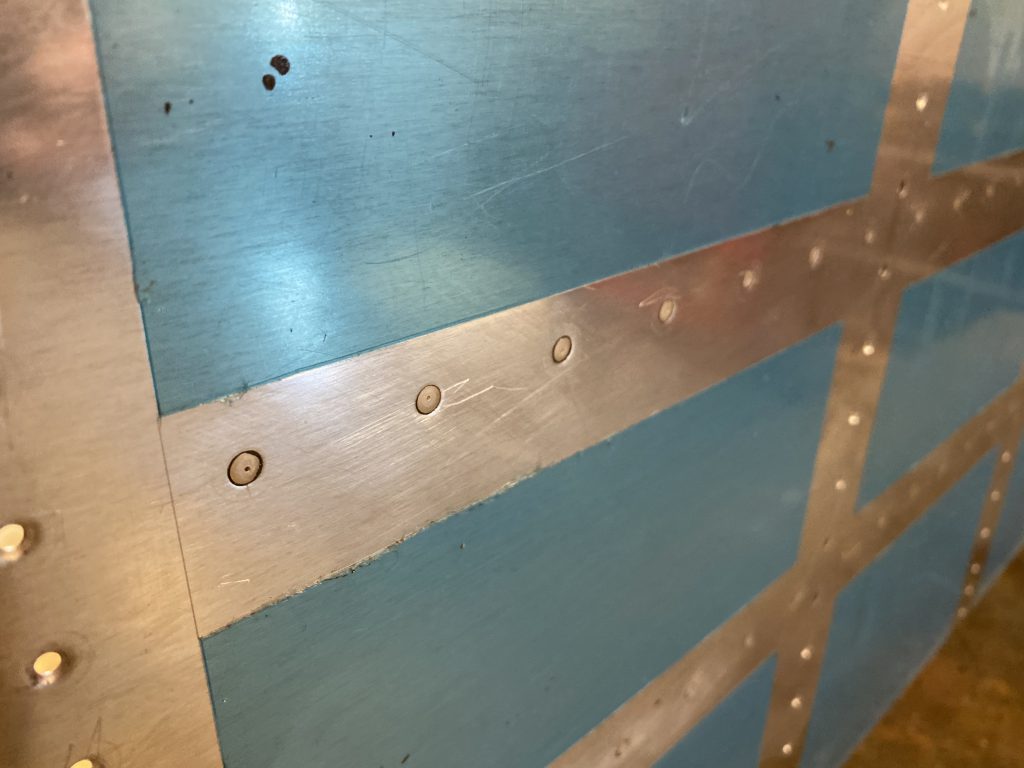 You can just barely see a small little black area around the rivet head where the sealant squished around it.  The excess cleaned up nicely.  I’ll put lots of photos in the gallery below of how they came out.  Fingers cross they wont leak! I’ll let this harden a bit while I work on deburring and dimpling the left tank and getting it ready.